OUR TRAUMA, THEIR ENTERTAINMENT

by Maya Apau and Leila Gibril 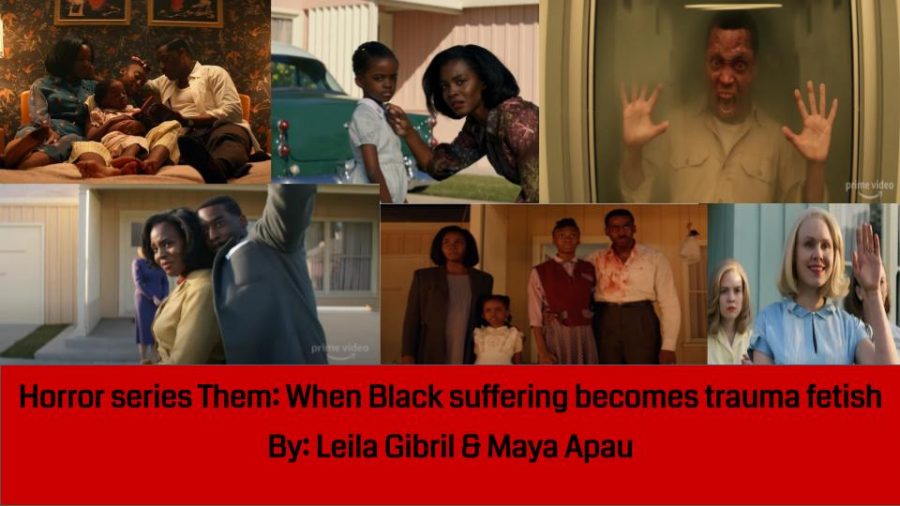 Where are the Black excellence movies and television shows that reflect positive issues?

Our Trauma, Their Entertainment

The majority of Black film depicts the pain and suffering at the hands of racists that Blacks in America have endured.  Slavery, Reconstruction, Jim Crow, Civil Rights.

While historical accuracy is essential, every movie with a Black cast shouldn’t be about racism and violence.

Believing that these films are promoting “awareness” is what is the problem. Why must pain be the only form of entertainment for or about People of Color?

Important films bring to light racial issues in movies like The Hate U Give, Hidden Figures, When They See Us, The Help. When They See Us  is the story of the Central Park 5, highlighting the five teenage boys wrongfully accused of the aggravated assault and rape of a white woman in Manhattan.

While heartbreaking, some stories have to be told.

Telling stories just to emphasize suffering does not have to be told.

What we want, too, are films showing Black people thriving. Living life. Happy and normal families.

Monique Jones, entertainment journalist at Just Add Color and Mediaversity Reviews writes, “Just the idea of Black trauma in general is a big deal with how Black people are seen by the Academy … when there’s so much more to being a Black person in America than just the traumatic side.”

When Black trauma gets presented as entertainment, it’s another form of racism.

Amazon Prime’s Them is an example of social commentary gone too far.

The series depicts the story of a Black family who moves from North Carolina to a predominantly white neighborhood in Los Angeles 1953. They face a series of brutal and racist acts.

Unlike When They See Us, what does this show want us to see? What can we learn about ourselves? This is ugliness amplified.

The show combines a real landscape of white prejudice with a fantasy monster landscape representing racism.  It includes epithets, assault, nooses, and torture.

The producer of Them, Lena Waithe,  may perceive this as the next level of Black art, but we do not agree.

“I think it’s dehumanizing. When Black people ask for more representation, we want black pirate movies, black astronaut movies. This constant reminder of where we stand in America is not only tiring but does more harm than good. I experience it on a day to day basis, and in my home just by watching the TV,” said Class of 2024 member Temilade Daramola.

Sad but true, the trauma depicted in this production has happened to countless people both in the past and present.

We believe racism is reinforced through this show–and, in some ways, celebrated.

I watched Them. Exactly at the time stamp 37:37 of Episode 1, I had to cut off the series.

The white neighbors meet to discuss the new family in the neighborhood.  “NAACP means N****** Are Actually Colored People”, “Mud Baby,” “She’s probably somewhere from age 8-30, you never know with them.” Shortly after these remarks, they agree  poison the family’s dog.

It broke my heart.

After barely even completing the first episode, I had heard more racist slurs and terms spoken then in my lifetime.

What is this purpose?  If I am experiencing the horror of the Black victims, what kind of entertainment is this?

Them is marketed all over social media platforms, and many are watching.  We would bet it’s not a Black audience.  We know better.

It’s hard to understand the high ratings this show gets from some reviewers.

The screenwriter Little Marvin believes that the show is worth watching.  “Those who hate it either don’t know or want to know Black American history. Those who love it can appreciate the satire, irony, humor, historical context, and subliminal floating through this show. It may trigger traumas and emotions, creep you out, or it may even be quite disturbing to many. I wish I can say this wasn’t based on true stories.”

We don’t know where he is coming from.  We know enough Black American history, and have experienced enough irony and satire to know that this show is gross.