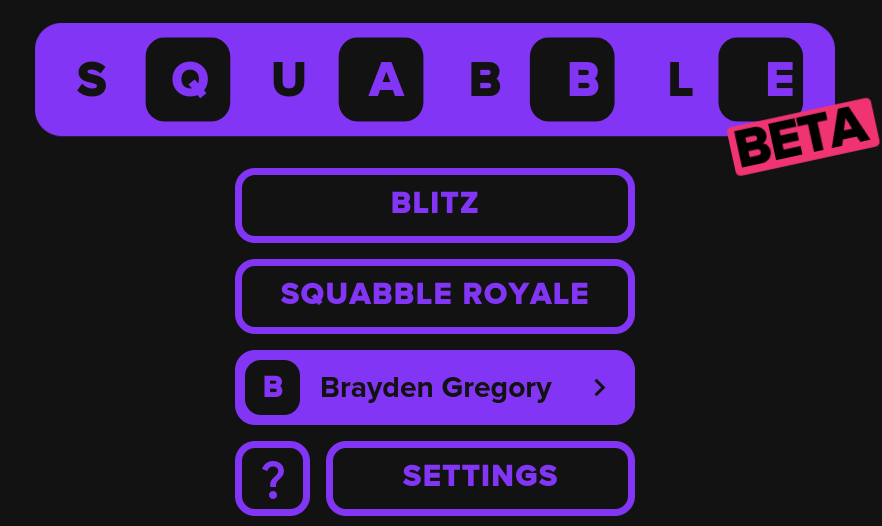 Squabble: the Battle Royale of Wordle

A competitive person’s dream. Squabble takesWwordle and puts a fast-paced twist on the game play.

The previously super popular game format Battle Royale is inter connected with Squabble. Players are put up against each other in Wordle games where they race to figure out the five letter word. Last one standing wins.

Each player has their designated health bars, where everyone takes one damage a second. Guessing the right word deals damage to the other players and adds health back to your health bar. Guess wrong and you will take damage. Just like Wordle, Squabble uses yellow colored squares to let the player know the letter is in the word and green solidifying the location of the letters.

The game has two game modes.

The game is developed by 19-year-old content creator, Ottomated.

Lancer Media tried Squabble. The game was a little finicky, but that’s to be expected of the beta version.

The game prompted us with a set of challenging words, leaving only one of us standing.