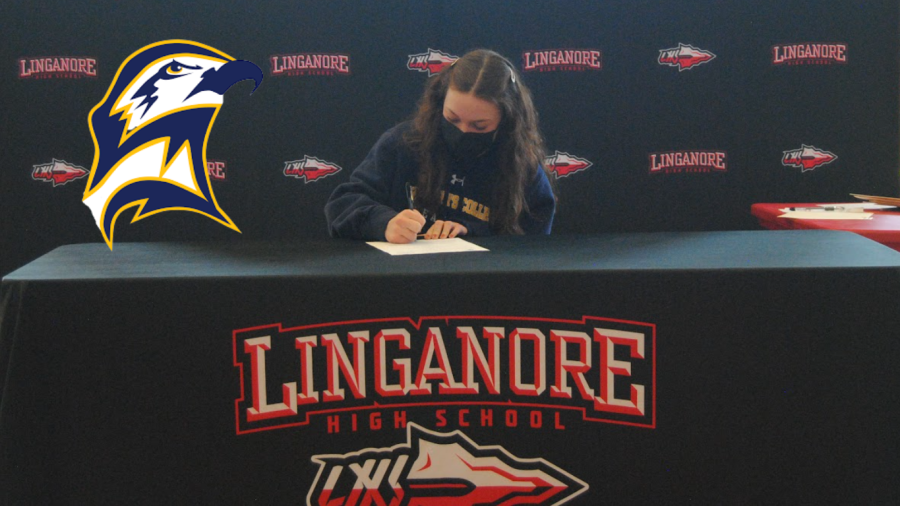 "One team, One family"

No sport clicked for Watkins until field hockey. After the camp she fell in love with the game and continued to do camps and clubs.

Watkins is currently captain of the varsity field hockey team while also playing for Maryland Legacy, a rec-league located in Frederick.

On November 3, the varsity field hockey team ended their fall season, losing the playoff game against Walkersville (MD) by a score of 2-1.

Maryland Legacy Field Hockey is a youth field hockey program (K – 12) with the goal of allowing each and every athlete to reach their full potential–athletically, mentally and their field hockey IQ.

The recruitment process was more than stressful for Watkins. After what felt like forever, Watkins found her home.

Emma has a passion that many others can not match.”

“I started the whole recruiting process very late due to COVID-19. That made me very nervous and anxious. I was worried it wouldn’t happen. It just made everything happen so much later. As soon as I verbally committed it was a huge weight off my shoulders because I knew that my spot at St. Mary’s wasn’t going to be around forever,” said Watkins.

Landalh has been coaching Watkins in one way or another for the last nine years. Watkins has been a star player on varsity starting her freshman year. Watkins never makes selfish decisions, she supports all her teammates, and most of all fights for her team. Named Most Valuable Player, Watkins has sure made an impact on the team.

“Coach Landhal was always a huge support. I would always ask her questions and she was always there and patiently answered,” said Watkins.

Watkins plays midfield as well as forward. She is planning to change her focus the forward position in college.

“I’ve always been told my speed is really helpful in the game of field hockey,” said Watkins.

Watkins’ father, has attended all of her tournaments, championships and games.

“Obviously my parents were some of my biggest supporters, especially my dad. He drives me to all my tournaments, and comes to all my games. My little brother as well, he loves field hockey. Probably more than me.” said Watkins.

With a small student-to-faculty ratio, one of the lowest in the nation of 9:1, Watkins looks forward to being able to build relationships with her professors, which is something she has learned helps with her education.

The beautiful views of the coast, were yet just another thing that appealed to Watkins.

Watkins plans to major in psychology and minor in education. She is currently enrolled in AP Psychology.

While most student athletes struggle with the balance of academics and athletics, Watkins has never been phased.

“I’ve always had to have sports to keep me on track with my academics. It’s good for me to make a timeframe. Get my work done at this time and have practice at this time. Doing both at the same time has always helped me manage my time better. Which is funny because it’s almost always the opposite for most people,” said Watkins.

Watkins serves as secretary for the National Honor Society as well as the Fashion Club Vice President. All while taking honors classes.