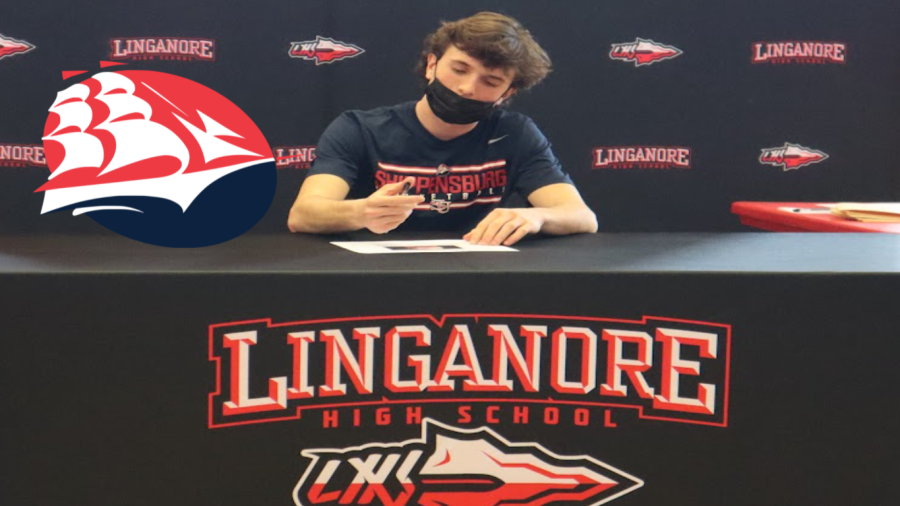 #NationalSigningDay2022: Conner signs to play with Shippensburg and follow a familiar trail

"Timmy is the definition of a student athlete," said Coach Abercrombie

On February 2, Timmy Conner signed his National Letter of Intent to play basketball at Shippensburg University for the Raiders. The Raiders are a NCAA Division II school in the PSAC (Pennsylvania State Athletic Conference).

Conner is the lead scorer of the varsity team, and currently leading scorer in the county. He also is one of the top scorers in the state.

“My biggest strength is definitely my scoring capability, or scoring value,”  Conner said.

His academics also reflect a high standard. Conner has a 4.7 weighted GPA. He is also a member of the National Honor Society.

Being both the quarterback of the football team and the lead scorer for the basketball team presented a tough choice.  Conner has played four years at the varsity level for basketball, and received a Football All-State Honorable Mention this past season.

However, the decision was clear to him by the end of his junior year.

“Well, I love both football and basketball, but I would say I love basketball more. I also practice basketball year-round, so it really just made more sense,” Conner said.

Originally, Conner considered a military academy, but, Conner has changed his mind on his career path and now is interested in business.

In all seriousness though, Shippensburg is getting a good kid, a good player… ”

“I enrolled in Shippensburg college of business, particularly to go into accounting. I’m going to keep an open mind about what I will do with that in the future,” said Conner. A driving factor for Conner to attend Shippensburg was because he wanted to attend a school that he could immediately have a presence at and he likes the coach.

“I wanted to have a big role,” Conner said.

However, the most prominent reason he gave to joining Shippensburg was his family ties. Brother Clay Conner chose to play basketball at Shippensburg. Conner sees Clay as a great figure in improving his own play, and motivation to better himself.

Conner said, “My biggest mentor was my brother Clay. Seeing him play at Shippensburg was great. Watching his games allowed me to be at Shippensburg a lot. It’s got a very nice campus, with good weather in the area. Every time I come back, it looks bigger then I remember.”

He is exceptionally excited to play under Coach Chris Fite. The Raiders have seen a rebirth under Fite, as he has been able to obtain winning records in all of his seasons with the Raiders. Additionally, Fite has led the team to three NCAA Tournament appearances.

“Coach Fite Turned the program around. He did really well the last couple years, and I can tell how much passion he has from the times I’ve met him,” said Conner.

Additionally, father Rick Conner shared the same praise about Fite. He also mentioned the family ties that have been made with Shippensburg.

“Coaching. Shippensburg’s Coach is a great guy. Also with his brother playing there, and how close it is”, said Rick Conner.

Conner and the varsity basketball team still have a season where they very well may go onto the finals. As Conner and Coach Abercrombie would like to add more onto Conner’s already esteemed resume.

“And still has about a month to go before he makes more awards as a senior. In all seriousness, though, Shippensburg is getting a good kid, a good player. I’m sure that he will continue to be more successful as the year goes on,” said Coach Tim Abercrombie.