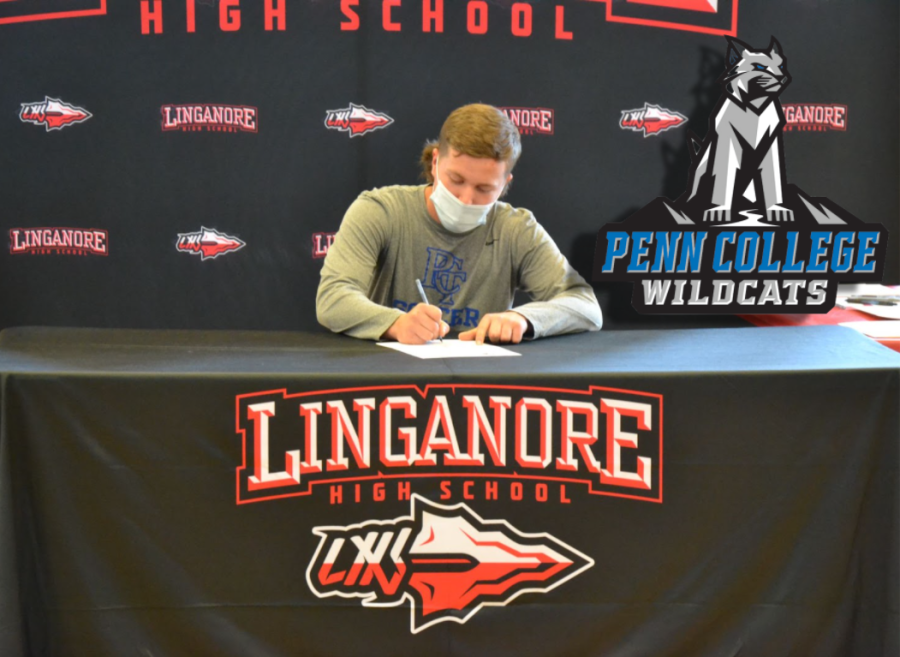 #NationalSigningDay2021: Sam Curley roars as a wildcat at Pennsylvania College of Technology

by Ruby Cerny and Evelyn Stewart

Pennsylvania College of Technology is a public college in Williamsport, Pennsylvania. Curley will major in welding fabrication.

Curley said, “I [am involved in] welding at CTC. Instead of just a 2-year trade school, I’ll have a college diploma, so it will be easier for me to move into management faster.”

In early junior year, Curley visited PCT and knew it was his first choice. He contacted the soccer coach, who came to watch him play at a few club games and tournaments. Curley was then invited to meet the current college team and was offered a spot soon after.

Curley plays right back on the school’s varsity soccer team and plans to play right or center back in college. He has played soccer since childhood but really became interested during his sophomore year. “I started playing for fun with some friends when I was five,” said Curley. His love for the game has only grown and he is looking forward to playing at a higher level.

Curley, though a passionate player–even becoming team captain his senior year–never takes himself too seriously. Kirk Meehan, Curley’s coach, says, “Anyone who knows Sam knows that he is an easygoing person and adds fun to whatever situation he is in.”

Alison Curley, Sam’s mom, said, “Sam has played soccer since he was very young and has always played defense. He is very good at his position and will be an asset to Pennsylvania College of Technology and, in turn, Sam will find a great soccer family.”

Despite the big change ahead of him, Curley is not frightened. Instead, he’s excited for his future.