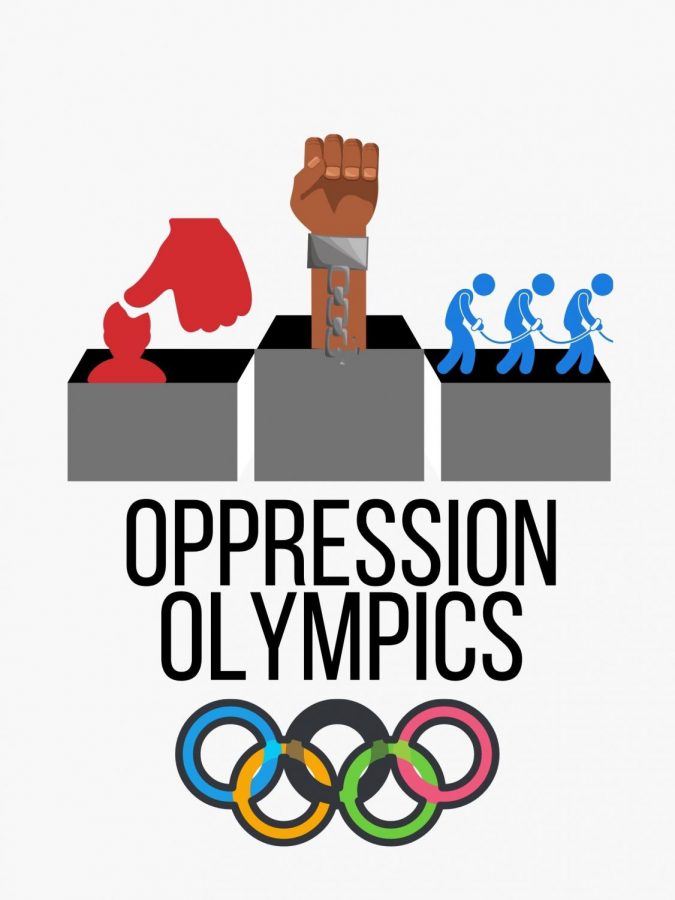 What are the Oppression Olympics? “Characterization of marginalization as a competition to determine the relative weight of the overall oppression of individuals or groups, often by comparing race, gender, socioeconomic status or disabilities, in order to determine who is the worst off, and the most oppressed.”

"What lessens one of us, lessens all of us.”

Asian-Americans, Hispanics/LatinX, African-Americans. Race versus race. “Who has it harder in America?”

During the month of February, a Netflix Original Ginny & Georgia began trending on social media accounts.

The show attracts teen viewers to the plot centering around Ginny, a teen biracial girl navigating a new town–and her immature mother’s antics.  It is often explicit, with scenes relating to sex and drugs, but it’s not those scenes that has the audience talking–and texting–their reactions.

It’s a dramedy about Ginny Miller (Antiona Gentry) and her mother Georgia Miller (Brianne Howey) moving to the New England area in the town of Welsbury. While this show is trending on NETFLIX and Tiktok for its characters and plot.

One scene, “The Oppression Olympics” has everyone talking.

In the heat of an argument with boyfriend Hunter (Mason Temple), Ginny is feeling too white for the black kids and too black for the white kids. She discusses her issues of  being a black girl in a predominately white school.

Her biracial boyfriend (Taiwanese and white) names his strategies.  But it’s more than that.  It becomes a classic debate of who is suffering more.  Why is this debate happening in America now?  In some ways it’s a reflection of the healthy discussion Americans are having about systemic racism.

“Sorry I’m not Chinese enough for you. But I’ve never seen you pound back jerk chicken. Last time I checked, Brody twerks better than you. And I liked your poem, but your bars could use a little more work, homie. So really, how Black are you then?” said Hunter (Mason Temple).

This scene is bringing awareness to the racial disparities that people of color experience, and, unlike the ridiculous plot points with the mother and her various boyfriends, this conversation is more reality than imagination.

The term Oppression Olympics has been used in many groups described as “characterization of marginalization as a competition to determine the relative weight of the overall oppression of individuals or groups, often by comparing race, gender, socioeconomic status or disabilities, in order to determine who is the worst off, and the most oppressed.”

If the pandemic has taught us anything over this past year and a half, it’s that racism is still very much alive. The tragedies of the Black Lives Matter Movement, the increased racism against  the Asian community because of politics and the pandemic, and the continued prejudice against Hispanic/LatinX communities have been brought to the forefront.

Many Americans in supportive communities are realizing the struggles that these POC (People of Color) groups are experiencing and, while the argument itself is unproductive, the conversation about how POC groups are marginalized and persecuted and what we can do to change that is necessary.

Hunter’s statements in the Oppression Olympics bring the conversation about American treatment of Asian Americans to the forefront.

Coinciding with the spread of the coronavirus, there has been an increase in hate crime towards the Asian community.

According to TIME News, “The NYPD reported that hate crimes motivated by anti-Asian sentiment jumped 1,900% in New York City in 2020. Stop AAPI Hate, a reporting database created at the beginning of the pandemic as a response to the increase in racial violence, received 2,808 reports of anti-Asian discrimination between March 19 and December 31, 2020.”

Donald Trump and other political leaders openly, blame China for spreading the coronavirus. This cruel attack, which was never shut down, intensified the hate crimes.  These public figures have had years of tacit approval to mock and put down other groups, too.

Similarly, along with the gap of unemployment rates in the Black/African American community and the  200+ year history of oppression, Americans are talking more and more about these institutional problems.  In the beginning of the pandemic there was an influx of police brutality and attacks against Black lives, resulting in the murders of George Floyd, Breonna Taylor, Ahmaud Arbery, and so many more.

Social upheaval, like the pandemic, brings out the best–the helpers.  But it also brings out hatred and anxiety.  It amplifies our fears.

With the Hispanic/LatinX population, there is the frustrating never-ending debate about border control–equating all people in this group with undocumented immigrants.

“More than a quarter (28%) of Hispanics said they had experienced another kind of discrimination or been treated unfairly due to their background. Meanwhile, about a fifth said they had been called offensive names (21%), been criticized for speaking Spanish in public (20%) or been told to go back to their home country (19%),” reported the Pew Research Center. 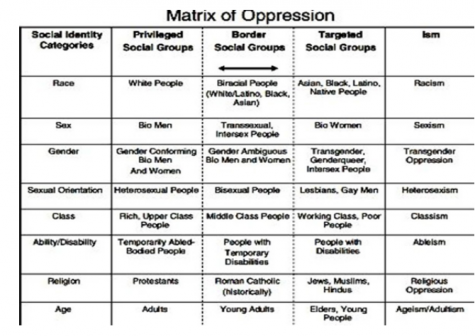 Now comes the question of “Who has it harder?”

Does that matter?  What are we going to do about it?

If all the minority groups are added together that makes up 42.1% of the population which is continuously growing.  GenZ is the first generation where the POC will be in the majority.

Minority groups working together to support each other are on the verge of being the majority.

We have to stand up for each other.