The Oscars are attempting to stop institutional racism: Can we?

"The argument is "If it is for us, it needs to be with us." This applies to the entertainment industry and beyond."--Leane Pupo 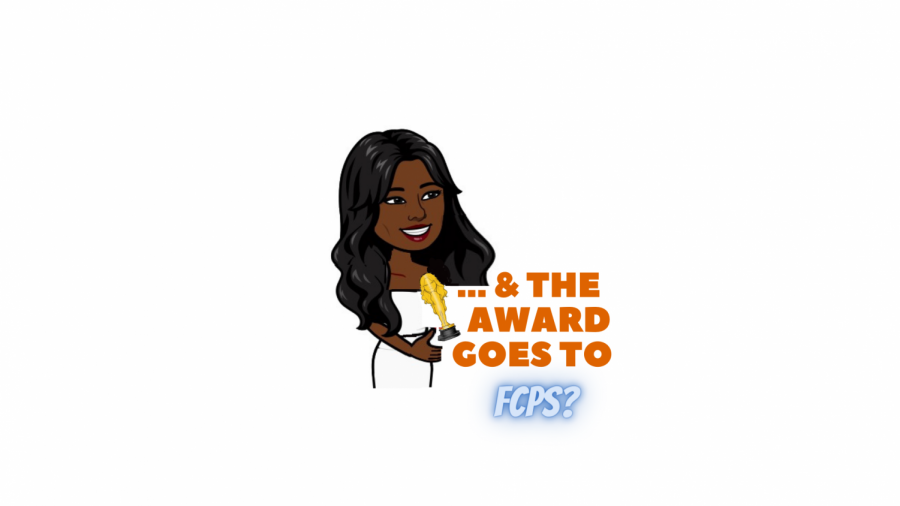 & THE AWARD GOES TO…. Will FCPS take home the Oscar? Let’s see how diversity plays a factor in the educational system!

On  September 8, the Academy of Motion Picture Arts and Sciences “announced new representation and inclusion standards for the Oscars.”

These new standards of representation include, simply stated,  at least one of the lead actors/supporting actors must be from an underrepresented racial or ethnic group, and nominated films mus have inclusion of groups behind the scenes (LGBTQ+, women, physical disabilities). Although this effort will not be perfect and will not change institutionalized policies overnight, it’s a step in the right direction.

Could school systems require the same?

Melissa Dirks, President of the Frederick County Teachers Association said, “I am not sure how these rules for film awards could be directly tied to education, but the need for more diversity in the educational workforce is definitely needed.”

The film industry has recognized their biases.  FCPS is recognizing bias in education and  moving forward to break systemic racism in courses, like American history curriculum.

“When educational policy and curriculum decisions are being made, it is important that not just one point of view is considered.  People have different abilities, life experiences, background and culture. If only one is represented in the curriculum or as the basis for a policy decision, then it implies that that is the only valid view and the rest are ‘other’ or ‘less than,'” said Dirks.

Institutional racism has been embedded into society, politics, films, and, in my experience, education.

As students enter high school they are 14-15 years old. At this age “students are convinced they know everything.” These new students are heading down the path of adulthood and responsibility, which means they begin to formulate ideas of their own.

What students view on screens and listen too contribute to factors of opinions and beliefs. That’s why it’s so important about which teachers can impact them and what their curriculum can teach them.

“There were many famous black-owned film studios, but who knows about them? Ask people if they can tell you who Oscar Micheaux was–America is diverse and every aspect of our society should mirror that” said film studies teacher Mary Ellen Newcomb.

This problem goes beyond what I have been taught.  It also applies to who is teaching me.

In my 12 years as an FCPS student from K-12, I have not had a single black teacher. I have not had an Asian instructor. The only person of color that applies to my complaint is a world language teacher, a Cuban-American woman. But never a teacher of color in my math, English, or science courses.

I sometimes wonder, “Am I the only one?” Then I realize, I am not alone.

AACC (African American Culture Club) leader Kaya Cooper said, “I have never had a black teacher. I’ve had a substitute teacher of color. At least when a black substitute comes in, I can say ‘Oh someone like me!’”

Clearly, we can’t nominate FCPS for an Oscar in the category of including teachers who represent all groups.  Most of the students and teachers fall into one, very same, category.

Linganore High School is in the eastern portion of Frederick County. Surrounded by farms and small towns, it’s a mostly white community. In fact the School Profile sheet reports 86.43% white.

This applies to teachers, too.  How can FCPS make a greater effort to hire employees that represent more diverse groups?

Senior Tabitha Moses’ heritage is split in half: an Indian father who immigrated to America from South Asia as a teen and a mother who grew up in Philadelphia with Cuban and Irish heritage. Moses can relate to the lack of representation.

“Sometimes I’m maybe one of three who are not Caucasian in a 25-person class,” said Moses.

“I don’t really feel awkward as it’s always been like this in school, but it does make me wish that there were more POC [people of color] in the class. I felt sometimes I  I wouldn’t want to bring any ‘different’ kinds of food to lunch because people would comment that ‘it smells weird’ or ask questions,” said Moses.

Small groups of students feel marginalized, but it’s beyond race. Almost 10% of students at LHS receive free and reduced meals.

In the Linganore school district, 14+% of elementary school students receive free and reduced lunch. However, 5% of those students’ rates drop when entering middle and high school. Why? Students are less likely to turn in the the free and reduced meals application.  It’s awkward.

If students can relate to and trust their teachers, maybe they would be more comfortable talking about economic disparity, too.

According to the NEA (National Education Association) and University of Pennsylvania research reports, “The minority teacher shortage, in turn, is widely viewed as a key reason for the minority achievement gap and, ultimately, unequal occupational and life outcomes for minority students.”

“The result, in this view, is that minority students in the nation’s schools increasingly lack minority adult role models, lack contact with
teachers who understand their racial and cultural background, and often lack access to qualified teachers of any background, because white teachers eschew schools with large percentages of minorities,” said University of Pennsylvania.

Assistant Principal Aaron Phillips said, “I feel as an educator we have made some progress with inclusion. United we stand”…divided we shall fall. During my lifetime I have learned through collaboration and working as a team, more has been accomplished.  Diversity makes us stronger, and understanding one another makes us better citizens.”

Working to destroy institutional racism, then, builds a stronger citizenry and democracy.

“Hollywood followed society too closely for decades, and the restrictions on non-white actors were egregious. Hattie McDaniel was going to be restricted from attending the very ceremony set up to honor her work because she was black! How messed up is that?  It was standard practice to have white actors play ethnic parts: LatinX , indigenous peoples, Asian, blacks . . . And blatant stereotypes were accepted,” said Newcomb.

Yet the film requirements include more than race. Beyond the color of skin or formed ideals of  a race.

I really feel like diversity and inclusion is critical to societal success. Think about it. The more minds we have engaging and collaborating, the more perspectives we will gain, and the more innovative and united we will become.”

“It’s important for teachers to be able to communicate with students that aren’t the same as them” said Cooper. “We need to get to know people for who they are and see behind the color, gender, or LGBTQ+.”

Durann Ecalono, Linganore’s Equity Representative believes that while Linganore isn’t racially diverse, “school does show diversity in different ways. As a school, I do feel we value diversity by continuing to improve our school through Student Voices.”

Linganore excels with the majority of female teachers and staff. Teachers are able to create relationships among themselves which creates the perfect foundation for their relationships with students.

But is diversity only needed for students or for teachers as well?

“When I first started in LHS 4 years ago, I saw very little diversity. Each class I teach, I am seeing more and more diverse students and it makes me so proud and so very excited to engage with my students. As a World Language teacher, I love that I can connect with different students for different reasons. I love the fact that I can get their perspectives and enrich my lessons. I love when I have students with different heritages and identities that can share their experiences and their understanding of the material. I love when I have students that can share their first hand experiences with the things we are reading about. We need to hear from all our students and their families” said Leane Pupo.

Diversity creates a sense of unity and understanding that in the long run makes not only the community stronger but the school  environment.

“That includes lifting those that do not feel like they have a voice or feel like they cannot connect with anyone else. Feeling isolated is the worst experience for anyone. We are social creatures and we need to have deep connections, we need to feel valued, and we need to be heard. I love when students confide in us and ask to be uplifted and encouraged. It means we mean something to them. It means they know they can be heard and respected.

I happily accept and embrace everyone into my classroom. And I think students need to know that all their teachers and administrators at LHS are here to make them feel safe and help them share and represent who they are welcome. My door is always open,” said Pupo.

At LHS, teachers recognize that diversity is essential, and there is room to grow better and stronger in this area.

“Linganore is not a hugely diverse school and no, sadly, I don’t believe we’d meet these standards right now. But I am thrilled that we are working toward that goal. I think students could probably tell us how to do that because they live with the behaviors and comments on a daily basis. Teachers don’t always know or hear about an incident, so my  hope is that more students feel empowered to speak up and ask for resolutions. And then I would expect a resolution to be forthcoming equal to the infraction,” said Newcomb.

If the motion picture industry can chance, education can change, too.  The wheels of change are in motion.

During the Emmy Awards in 2015, actress Viola Davis received the award for Outstanding Lead Actress in Drama.

That line with green fields and flowers is still here. It’s in film, it’s in education, it’s in life. Linganore is trying to get over that line as we expand on diversity and culture.