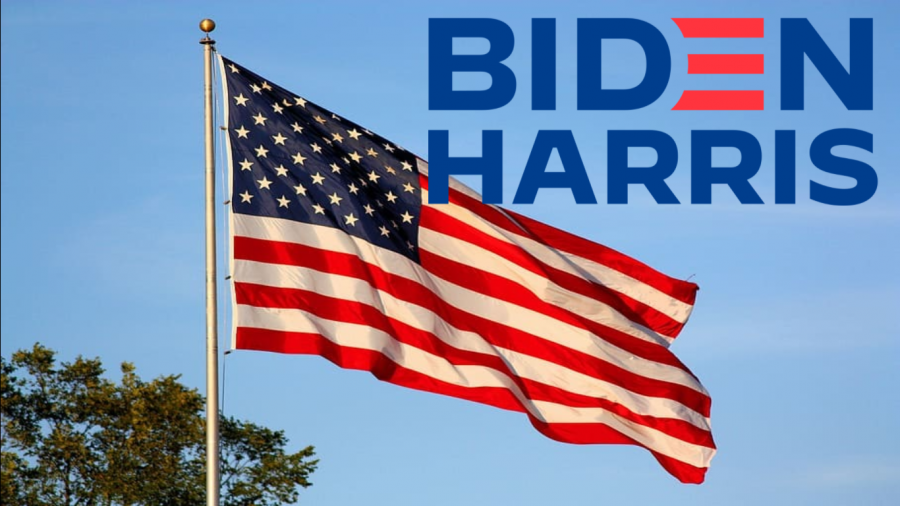 by Lexli Nicholas and Maya Apau

The Electoral College confirmed on December 14, Joe Biden and Kamala Harris as the United States’ next President and Vice President.

Although the election is over, almost half of the population voted for Donald Trump. The other half was hoping for Biden. Now that it’s been announced that Biden won many people, including president Trump are saying the election was fraudulent.

This election was different from others we’ve had because of Covid , causing mail-in ballots to be used. The mail in ballots took longer to count causing a delay in the election’s final results. The majority of democratic voters chose to vote by mail to avoid exposure to Covid. Even with mail-in ballots, and questions about conspiracies, no one has found evidence of fraud.

This year’s election was very controversial causing families, friends, and strangers to split. There have been many negative impacts on the people of America since Trump entered office in 2016. Many of the disrespectful things Trump has done has caused people who once supported him to switch sides for this election, such as the way he handled Covid, the BLM movement, and his disrespect towards people of color and female reporters.

I believe Donald Trump is a blatantly unprofessional and racist person. Just during his first debate with Joe Biden, he blamed China for the spread of Covid. He called Elizabeth Warren “Pocahontas” because of her Native American roots.

How can someone run a country while being so openly disrespectful and racist? He also told The Proud Boys, a group with ties to white supremacy, to “Stand by.”

Trump has also said many disrespectful things towards women. He has said, “A person who is flat-chested is very hard to be a ten.”

This is very belittling , all bodies and all women are beautiful. As a young girl imagine how it would feel to hear your “leader” say that if you are flat chested you’ll never be as pretty as other girls with bigger chests.

Trump also has rape and sexual assault allegations which is refuses to give DNA evidence for. He was also very close friends with Jeffery Epstein. As a young high school woman this is scary to me. There are more rapists walking the street than there are locked up. This flaw in our justice system somehow let one of those men rule us.

These are just some of the many reasons that I and many other women, people of color, and all people should be thankful we have a more respectable president. A president should be a leader, they should be someone the country looks up to, not frowns upon. Someone who knows how to speak to people.

Do you think Biden will do a good job as president?

With Joe Biden as president he has given this country an opportunity to have our first female vice president, Kamala Harris. Biden also believes all women deserve a right to choose when it comes to reproductive rights. Having a president like Trump who wants to take away or restrict the rights of women instead of fighting for them is quite scary. President Biden also plans to restore federal funding for Planned Parenthood.

Planned Parenthood is very important, many people have a false assumption that their whole business is for abortions, while this is simply not true. Planned parenthood does cancer screenings, birth control and gives women access to many other helpful resources.

Joe Biden and Kamala Harris are going to change the country. They are going to fight for Women’s rights, and equal rights for people of all races. Just by having a female Vice-President this gives young girls inspiration and hope. 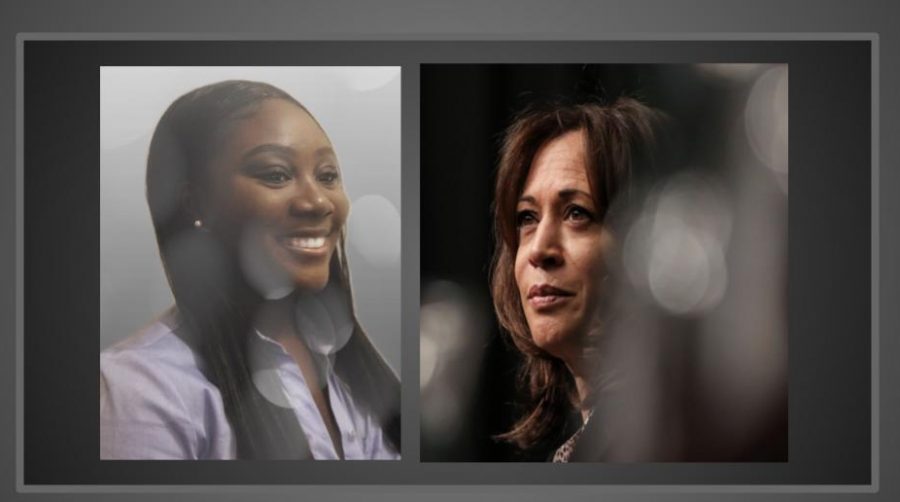 “She looks like me!” Its almost like looking in a mirror. Madam Vice President, POC and WOMAN.

Kamala Harris was just announced the 46th Vice President (Elect) of the United States. Harris is already breaking through glass barriers as she is the first female and person of color to be elected as the Vice President. While this is important for all women, it resonates for me especially because now I can look in the mirror and see a future for myself that is not just a mirage–it’s a reality.

SHE’S MORE THAN JUST AN ICON

Harris has touched the hearts of some many young girls of color. Being a young African American woman, I added Kamala to my list of role models, joining actresses like Viola Davis, musicians like Chloe X Halle, activists such as Tamika Mallory and so many more.

Girls all around the nation are exclaiming, “She looks like me!”

Kamala Harris is a role model for my generation, and her presidential platform (in 2019) and vice presidential platform (2020) speaks to me because after high school, I hope to pursue a career in law. As Kamala has previous experiences with law and being the first black Attorney General in the state of California. I find new similarities in us each and everyday.

I WON’T BE THE LAST

Kamala has already made her mark. As she sets the stage for the next attorney generals, members of senate, and future vice politicians. Girls all around the world can follow in her footsteps. “What I want young women and girls to know is: You are powerful and your voice matters,” said Harris.

Shirley Chisholm, first African-American woman in Congress, once said, “If they don’t give you a seat at the table, bring a folding chair.”

I have a “virtual” seat at the table because Harris will represent color, she will sit for love, she will stand for injustice, she will lead with pride and unity.

“Be the flame of fate, that torch of truth to guide our young people toward a better future for themselves and for this country.” Harris is the flame, she has inspired and ignited the flame. Now, the future is in the hands of young adults; young girls to create a better world for themselves,” said First Lady Michelle Obama.