"In a shoot I make sure to take at least 100-500 pictures, to make sure I have plenty of varying photos, hoping to get a few near perfect ones."

by Gabby North and Mary Bailey

Sami Kohout has advanced her in-class photography skills enough to work in the Frederick community and earn a little money for future expenses. She has gained skills and clientele in her six years of photography.

“Sami is very passionate about her photography. She is very eager and loves taking pictures. I know she has invested money in really nice lenses. She is always eager to compete in these compitions. Ever since tenth grade she’s been excited and I am so happy that she finally won one. I am looking forward to have her in Digital Photography 4,” said Tracy Bozzonetti, photography teacher and yearbook advisor.

Kohout’s work is award-worthy. “I have participated in the Women’s Civic Club the past three years, the Bettie Awards through the Delaplaine, the Congressional competition, and other online competitions I find,” said Kohout.

For an art competition, Kohout will compile and lay out photos to submit as a photo collage. Her most recent piece was titled “Cloudy State of Mind” and it won first at the Frederick Women’s Civic Club.

“My favorite piece was my award-winning smoke triptych or my romanticism concentration that I did last spring,” said Kohout.

“I often find inspiration from Pinterest, Twitter, or Instagram. Once I have an idea, I think of what friends I have that are okay with having their pictures taken and I think would look best and most comfortable for said shoot,” said Kohout.

Once Kohout has an idea, she preps for the shoot.

“At the time of the shoot, I make sure to bring all of my needed equipment: my camera body, three lenses, two batteries, an sd card and a tripod, then whatever props I plan to use for the shoot. In a shoot I make sure to take at least 100-500 pictures, to make sure I have plenty of varying photos, hoping to get a few near perfect ones,” said Kohout.

The most important piece to her photography process is editing. “The time it takes to edit a picture is heavily dependant on the complexity of the pictures, for standard portrait pictures each image ranges from 20-45 minutes, for more complicated shoots it takes about 30 minutes to an hour or sometimes even longer,” said Kohout.

After her win at the last competition Kohout has plans for the coming months. “I have senior pictures booked for the early spring, but other than that I have a few causal shoots throughout the winter,” said Kohout.

On top of more shoots, Kahout has thought about collaborating with other local photographers. She has previously collaborated with Oakdale High School senior Paige Detwiller (@padge.jpeg).

Kohout plans to double major in business and photography or just minor in photography. She has been accepted to a wide number of schools. Kohout eventually wants to manage her own photography business where she specializes in weddings, family pictures, sports pictures, and senior pictures. 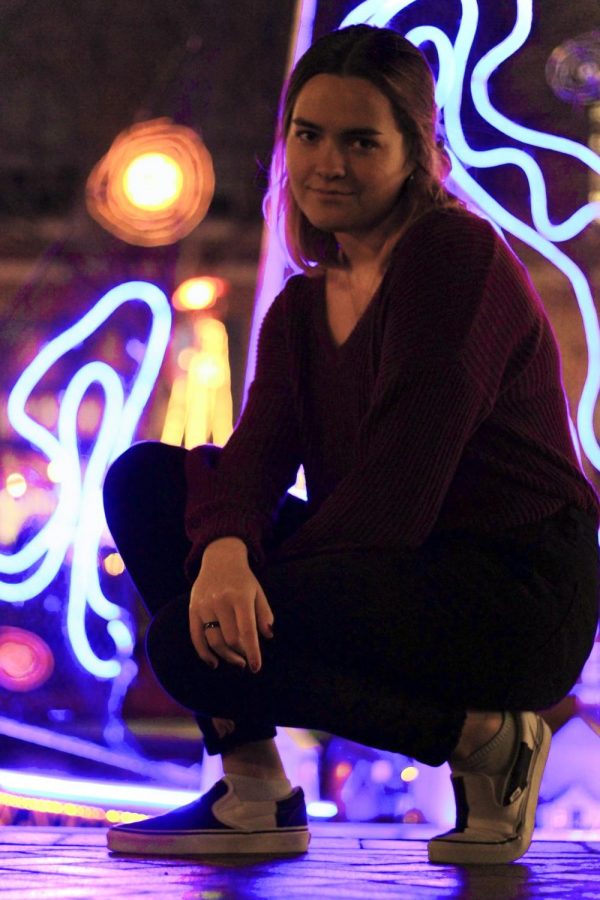