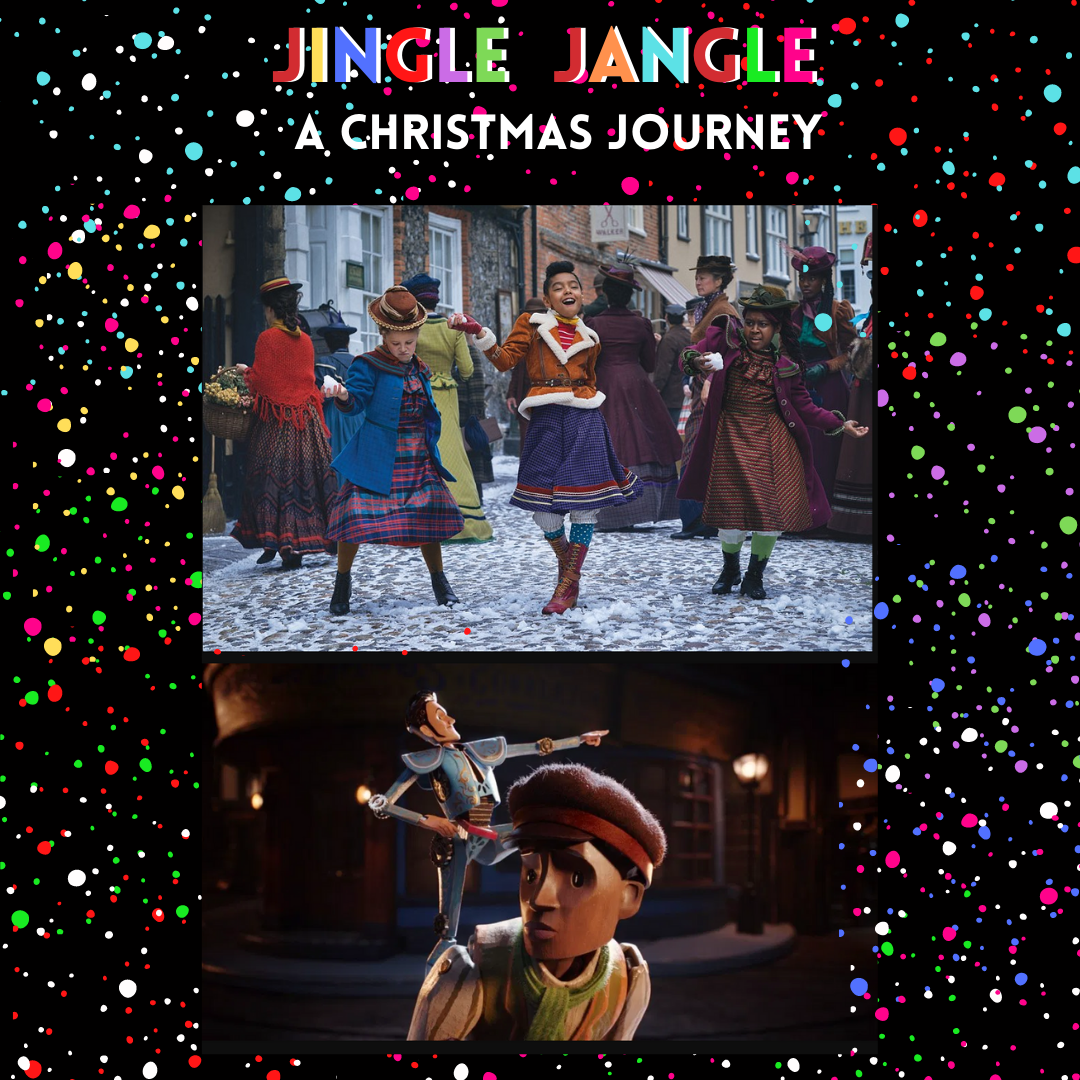 “Is it possible that the square root of impossible is me?” -Journey Jangle

David E. Talbert is making it possible for Black Americans to be the stars of the Christmas holiday. Following the drama Almost Christmas in 2016, Talbert has now produced the perfect diverse Christmas musical, Jingle Jangle.

It’s a storybook come to life,  featuring both animation and cinematic entertainment.

It’s a A Disney-esque production, appealing to all races and ages.

“Once upon a time. Many many years ago. Lived the greatest inventor of all time.”

The film begins with the grandmother (Phylicia Rashad) opening the storybook to read to her two grandchildren.

The first chapter is about talented inventor Jeronicous Jangle (Forest Whitaker)  who is surrounded by love in the form of family, friends, kids, toys, and magic A “Santa” for his town, Jeronicous prepares for the holiday season, creating all the toys.

At the same time, Jeronicous’ apprentice, the power-hungry Gustafson (Keegan-Micheal Key) waits for the last ingredient to create his greatest invention.

Gustafson steals from his mentor, and the rest is disaster. Jeronicous loses it all, and the undeserving Gustafson rises.

The once magical toy store becomes a pawn shop and the relationships sour, too.

Years later, Jeronicous’s granddaughter, Journey, appears at his house, and, with her,  the magic returns.

“Living up to her name, a most magical journey was about to begin.”

For me, this was a delightful magical journey into an Afro-Victorian era.

CULTURE & COSTUMES IN THE AFRO-VICTORIAN ERA

One of the most appearing visual aspects is the costume. Costume designer Micheal Wilkison created  ‘Afro-Victorian’ costumes to fit the Victorian England theme and setting.

“It’s an interesting genre, because it’s a holiday movie, but it’s an extremely diverse cast,” said Wilkinson to WWD (Women’s Wear Daily). “We wanted to reflect that diversity with our costume decisions. We aimed for this fusion of 19th-century silhouettes with African culture.”

These cloths and patterns are not only beautiful, but they hold a historical and cultural significance to those of African descent. The cloth is traditional wear, almost like a sari in Indian culture.

As a person from Ghana, I quickly noticed the cloth in their outfits and was excited at the fact that finally my heritage was included somewhere in a film.

The inclusion of culture doesn’t stop there!

In the film, the characters are having fun enjoying a town snowball fight, when the song “Asew” comes on. Every character of every race then breaks into dance, but not just any dance.

Afrobeat is a music genre that blends musical styles with jazz, soul, funk and, in more contemporary tracks, electronic music. These days you could say that Afrobeat is a mix of African music with Western-pop and the dance moves that go along with them.

It was completely and utterly adorable, yet creative to see children of all different races participating in this cultural dance.

It’s typical for black characters to be deemed “too dark” or “too black” for a film. This means production leans towards lighter skin actors and a more Eurocentric look.

The cast will either be of lighter complexion or, if darker, they will straighten their hair in a more “acceptable” look.

However, once again Jingle Jangle didn’t fail. Each cast member had a unique culturally appropriate hairstyle.

This was the first time seeing Claire Huxtable (Phylicia Rashasd ) in locs.

Whether styling Whitaker, Rashad or young Mills, Martin’s goal was to ensure that the Black hair in the film appeared accurate to the period, while avoiding the concession of straightening it to blend into white culture. “Black people and women are reclaiming their texture, and they’re proud of it, and it’s not being compromised,” said one of the designers.

Jingle Jangle is definitely one for the books!

What seemed like impossible–to see a diverse Christmas film–became possible this year.

“Is it possible that the square root of impossible is me?” Journey Jangle says in the film.