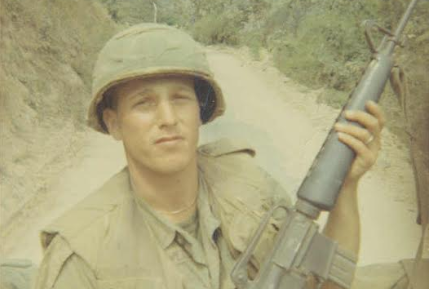 Richard Cornwell tells his war story to his granddaughter

The short URL of the present article is: https://lhslance.org/q14az

Richard Cornwell and Kat Taylor talked over the course of several days, and their conversations focused on Mr. Cornwell’s experiences during the war. 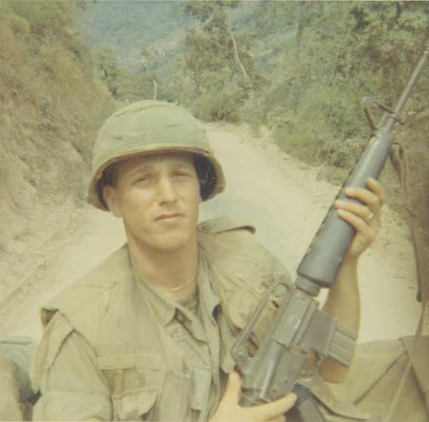 Cornwell: “My name is Richard Cornwell. I was drafted to the Vietnam War when I was 19. I served 18 months of active duty in the Army. I went to Fort Bragg, North Carolina for basic training. Because of my MOS (job description), I only had 6 weeks of basic training rather than 8. I was escorted by an E6 to go to Fort Jackson, South Carolina. I was assigned to the field firing range with 25, 175, 300 meter targets. I had to rewire all the pop up targets and showed soldiers how to fire weapons and position themselves. The final set of orders came in from the Pentagon to send me to the 577-53 engineering, construction battalion in Vietnam.

I was thrown into doing all the electrical work for the battalion. I was provided with young fellows with AIT (advanced individual training) training, like climbing poles. I  was an acting sergeant to run the squad of guys because we were moved to the Central Highlands to set up base camps. I was assigned to Sea Company, but I was TDY (temporary duty) with my squad of men. I was wiring bunkers, setting poles, stringing feeders, and all the mechanics. I went to all the different companies to do electrical work. There was 6-12 inches thick of orange clay designed to clear the shrubs, Agent Orange. I was given acting 5 strips to run the squad of men. Generator specialists worked with me to provide the power. My battalion was assigned to design all the bridges on Route 1. I had to come up with unique ways to wire the plant.

My experience was unforgettable because I got to do things I would have never done. Learning how to work with whatever was provided and making it work grew me up. Learning all my trades and engulfing myself into the trade, made my year went by much better. When I came stateside, I went to work at the local 26th electrical union. My trade went booming from then on. I was able to work in the White House as a contractor for President Reagan. I also worked in the Pentagon doing a lot of wiring on elevators.

I think a lot of my experiences in Vietnam made these things possible. The company I was working for used me for their technological needs because of my clearance level from Vietnam. It was a difficult time because no one was really for the Vietnam War. I couldn’t pull myself to flee to Canada like some other people I knew. I was married 10 months before I was drafted. My wife didn’t want me to go, but I told her I have to do what I have to do. I was fortunate to not have to deal with serious combat. I have been in the same trade for 55 years. I got a lot out of being drafted. I can never replace what I learned.”

Taylor: How did you imagine military life before you joined? How did your perception change after serving?

Cornwell: “I expected it to be tough and a heavy discipline thing. You had to be in tip top physical shape because they put you through the ringer. It taught you discipline, the experience was a tough one, but you gotta do what you got to do.”

Taylor: Where were you stationed?

Taylor: When you returned home did you feel honored, or experience some discrimination about the war?

Cornwell: “I was respected a great deal. When I came back, even though it was hard to join the union, my military experience opened doors for me in my career. My civilian career flourished more because of my military background.”

Taylor: What do you want teens today to think about service?

Cornwell: “There’s a lot to be learned in the military service: discipline, structure, commitment. You can get a lot from it when you’re in the right place. It can be a very trying trauma or be a reasonable experience. I was fortunate enough to be given an environment where I can focus on my trade. I didn’t have to worry about all the other issues around me that other men had to deal with.”