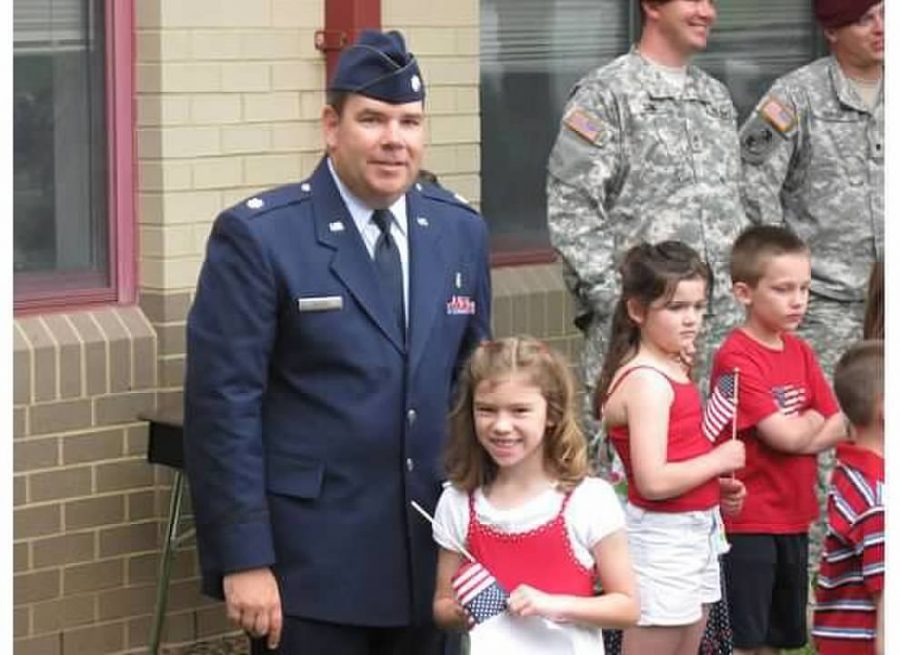 Elizabeth with her dad early in his military career as a pediatrician in the U.S. Air Force.

Mike Rajnik reflects on 22 years of serving in the U.S. Airforce as a pediatrician

Elizabeth Rajnik chose Mike Rajnik, her dad. She and Mike talked about his 22 years of service as a pediatrician in the U.S. Air Force.

Elizabeth was aware of her father’s service because it was his job every day, but throughout the interview, she learned more about her 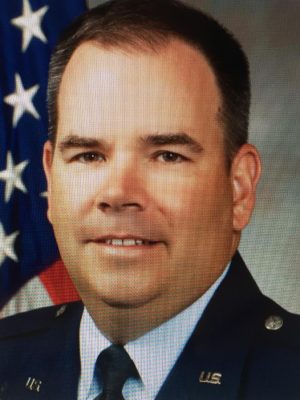 dad’s motives behind joining the military and what the life of a pediatrician in the Air Force is like.

Elizabeth: Why did you decide to join the military, or specifically the Air Force?

Mike: “When I was going to college, I had considered going to one of the service academies like the Naval Academy or West Point, but I decided to go to King’s College instead. When I was studying in college, I wanted to go to medical school and the military seemed like the logical way to pay for that experience. I was accepted to the University of Virginia, and the Air Force gave me a scholarship that would pay for my full tuition plus a stipend to live on.

Elizabeth: How did you tell your family and friends you would be joining the military, and what were their reactions?

My girlfriend, who later became my wife, basically found out I was going to do this after I had already applied for the scholarship and gotten the scholarship. While we weren’t married at that point in time, she knew that if she was gonna be with me for a while, she was going to experience the military as well.”

Elizabeth: How did you imagine military life before you joined, and did your perceptions change after serving?

Mike: “I think I was a little scared of what being in the military could be like, because you lose a little control over your own decision making about what you want to do and where you want to live. Once I joined and I started in my residency in pediatrics and working at various military hospitals, I quickly figured out that it’s not much different than any other profession. The military was a little bit different in that I would still interact with a lot of civilian physicians and so I never really lost complete touch with that side of the medical career field.”

Elizabeth: What was your specific role in the military or what did you do?

Elizabeth: What were some of the difficulties of being in the military or was there anything you missed specifically about civilian life?

Mike: “Like I said before, when you’re in the military, you lose a little bit of flexibility to make whatever decisions you want to do. Probably the hardest part was immediately moving to Texas when we joined the military. Mary, my wife, and I had never lived there, so it was a new experience for both of us and we did not have a lot of support. You find out in the military pretty quickly that you get support from other military people and they became a family for you, like your own family.

There wasn’t much I missed from civilian life, because as I said before, I worked with a lot of civilian physicians so I was often interacting with people not just in the military. We didn’t live on a military base or have only military experiences, so our kids went to public schools outside of the military, and other than wearing a uniform and going to work every day, many people didn’t even know I was in the military.”

Elizabeth: What are some things you particularly enjoyed about being in the military?

Mike: “When you’re in the military, you feel like you’re a part of a team. I played a lot of sports growing up on teams, like basketball and baseball, and the military sets goals that are kinda like team goals in a team sport, like trying to win a championship, but in this particular case, it was always about trying to take care of people the best that we could or helping other parts of the military do their jobs as well as they could, which would mean excelling in a deployed battlefield setting.”

Elizabeth: What do you want teens to know about being in the service?

Mike: “I think serving in the military or some other government field is a great experience for anyone to have. When you’re in the military, you know that you’re not only doing your job, whether its being a physician or an engineer or a leader like a general or a soldier who’s on the front lines. You’re having the opportunity to not only just do a job and make a career but also, serve other people and help your country do the best that it can do both at home and abroad.

So I think that all young people should consider serving other people in one way or another, and the military is one easy way to do that. Additionally, as young people worry about things like student loans and how much it’s going to cost to go to college, the military is an excellent way to get scholarships to help you pay for college and then give you that opportunity to serve your country when you’re done training in whatever field you want to do.”