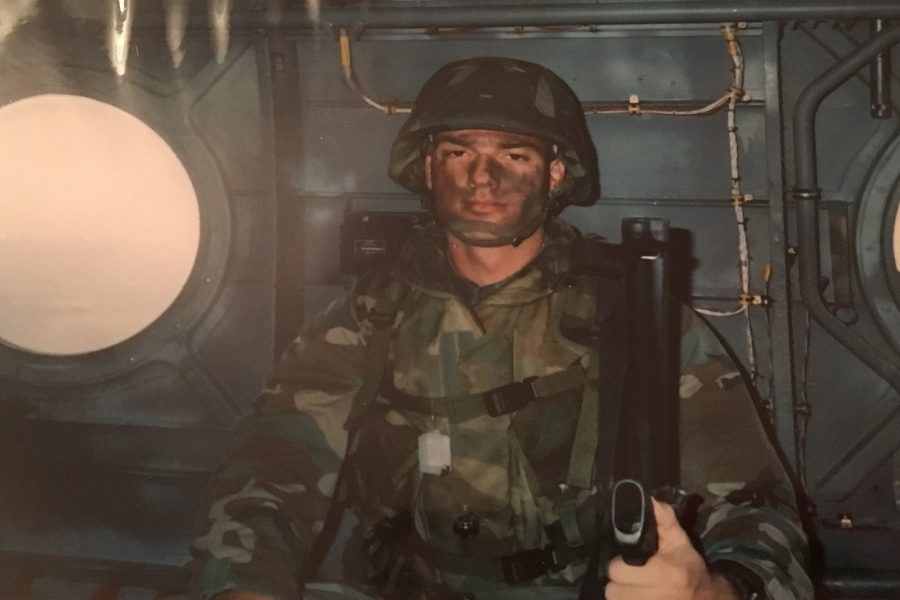 Alexis Fowler looks up to her Marine father, Allen

Some young girls strut through their childhood in their finest princess gown and stand tall with a tiara–not me. I marched to the beat of my father’s drum, following him while wearing his uniform, pretending to be a drill instructor by bossing the family cat around.

Take Your Child to Work Day consisted of racing Marines in agility courses and eating ice cream cones in the chow hall at Camp David.

My father, Allen Fowler is the bravest person I know. I have witnessed the emotional and physical sacrifice he has put into his dedication to being a Marine. Twenty years of his life has been wholeheartedly invested into being the best Marine he could be for himself, and for those around him. 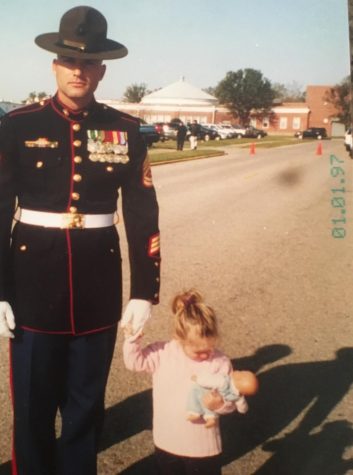 Growing up in a predominantly military family, I have seen sacrifice in many forms. The phrase “blood, sweat and tears” is not figurative when it comes to being a veteran. No matter what branch or how many years served, it is essential to recognize the men and women who have poured their lives into protecting the people of America.

For me, Veteran’s Day is so much more than a holiday – it is a way to say “thank you” to the ones who served and remember the sacrifices they made.

“It’s all I’ve ever known because my father was also a Marine. It was something I knew I wanted to do ever since I was a little boy looking up to him,” said Allen Fowler.

Was it hard telling your family and loved ones you were being deployed?

Allen: “It’s not that you want to be away from your family, but it’s the purpose of why you’re serving.”

What has twenty years being a Marine given you in life, positively and negatively?

Allen: “The seriousness of being someone’s friend and leader, while realizing you’re going to have to tell someone to do something that possibly doesn’t allow them to live, affects me everyday.”