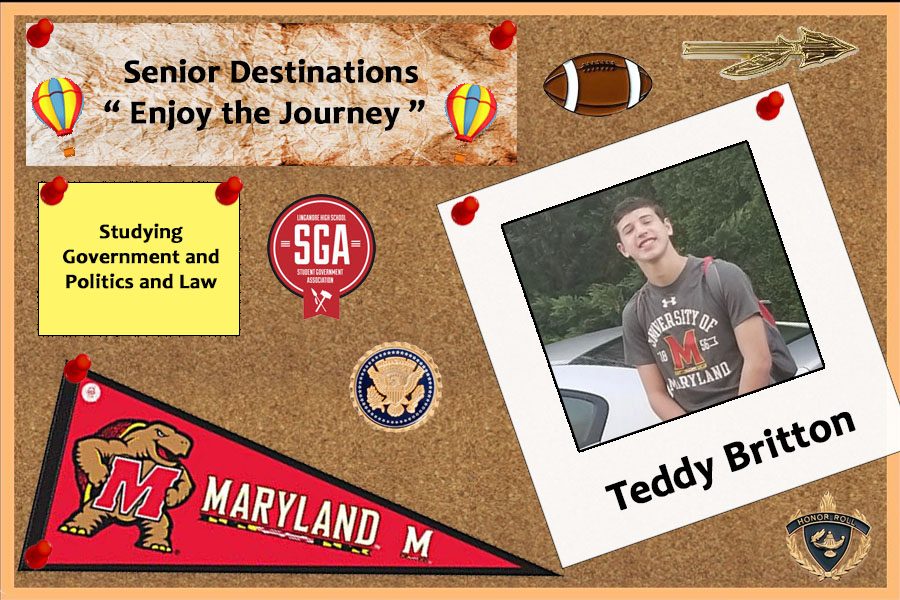 Senior Destinations 2019: Teddy Britton continues his journey at the University of Maryland

Teddy Britton is excited to announce that his future journey will be spent at the University of Maryland. This next chapter in life allows Teddy to pursue his passion for law and follow his brother Johnny’s footsteps.  Johnny is a 2017 graduate.

Britton will be majoring in Government and Politics and Law.

Throughout high school Britton has been involved in numerous extracurriculars including football, wrestling, lacrosse, student government and class council. During his senior year he even traded the football pads for a painted stomach by joining Linganore’s long standing tradition of being apart of the Tribe.

Britton had the honor of being a part of the 2017-2018 State Football Championship Football Team.  He was a 2017 State Wrestling Qualifier and managed to earn GPA Award all four years of high school.

The journey has been one to remember, but after graduation, Britton is hitting the beach to enjoy one last hoorah with his friends, then will visit family in South Carolina.

Britton would like to leave the underclassmen with some advice before becoming a freshman once again for himself, that is to learn how to manage your time so that your experience can be a breeze.

“I would like to thank my sister, Mary, for being with me through it all and my friends for making school a little less miserable every day, “ said Britton.