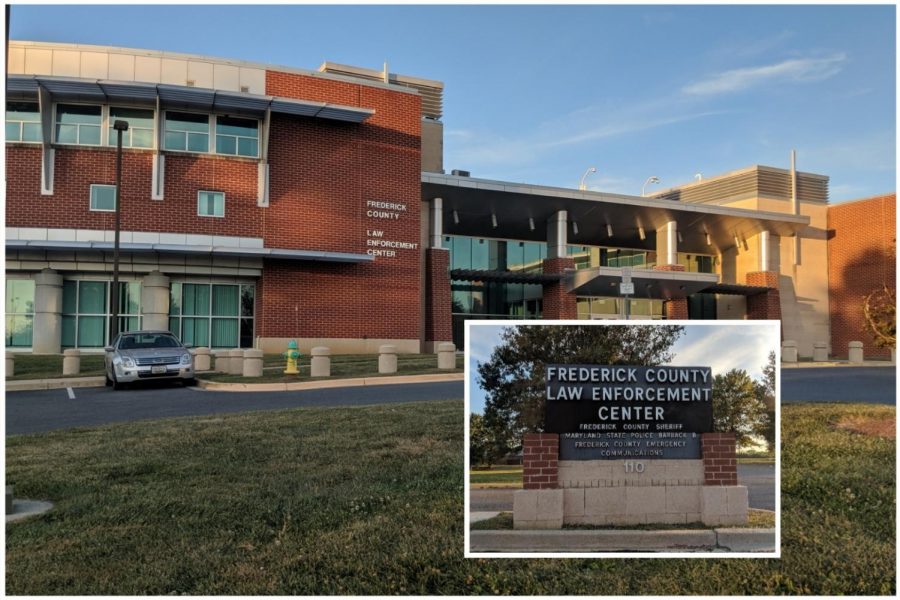 The short URL of the present article is: https://lhslance.org/va4iq

Hate speech is coming to Frederick.

On October 6, a rally will take place in Baker Park promoting anti-immigration policies in Frederick County. The rally is being organized by Mark Schaff, former president of the Republican Club of Frederick County.

“I was asked to put on a rally by community members who believe that [undocumented] immigrants pose a threat to the county,” said Schaff. “It’s all about the safety of the community, and cooperating with the government.”

One scheduled speaker in particular, however, has garnered more attention than the others: Dan Stein, president of the Federation of American Immigration Reform, or FAIR. The Southern Poverty Law Center has designated FAIR as a hate group for nationalistic, white supremacist views and extremist activities and statements.

The RISE (Resources for Immigrant Support and Empowerment) Coalition of Western Maryland is one of several groups who are denouncing the invitation of Stein to the rally. RISE is a local, immigrant-led group of volunteers with committees that meet to address different initiatives.

“As an immigrants’ rights organization, we have been aware of the activities and agenda of FAIR…for a very long time,” said Juliana Downey, a member of RISE.

A flyer passed out at the recent Great Frederick Fair advertised the rally as an event for people to “learn how [the 287(g) Program] enhances the safety of Frederick County and how illegal aliens have impacted families and communities” and to support Sheriff Chuck Jenkins, who is notorious for his anti-immigrant stance.

In response, RISE will be hosting the “Frederick Unity Rally” from 2:00 to 4:00 at the Carroll Creek Amphitheater. This rally will include food, music, kids’ activities, and speakers like community leaders and elected officials.

“We are focused on making this a joyous celebration of community unity and solidarity,” said Downey.

I highly encourage my fellow students to attend this rally of peace and acceptance as a respectful protest of the 287(g) Program and the xenophobia it feeds.

Many students do not know what the 287(g) Program is, despite the fact that the program was implemented in Frederick County over ten years ago.

In simplest terms, the 287(g) Program, which is run by U.S. Immigration and Customs Enforcement (ICE), allows ICE to “enter into agreements with state and local law enforcement agencies” to detain undocumented immigrants. The Immigration and Nationality Act defines these individuals as “aliens,” a term I despise when used to describe another human being due to its implication that immigrants are of an entirely different species than those who are native born.

The program is also incentivized, which causes me great concern. Frederick County receives over $4,000 a day from the federal government for the approximately 51 illegal immigrants housed in the Frederick County Detention Center. Only between about $850 and $2,700 of that is used for housing the detainees, leaving $1,300 to $3,150 available for other uses.

There is something very unsettling about the fact that the more undocumented immigrants the county takes into custody, the more money the county makes. What stops the Sheriff’s Office from seeking to detain more immigrants in order to generate funds for other programs?

The answer? Almost nothing.

The Immigration and Nationality Act fails to specify what actions an undocumented immigrant has to take to be considered what it labels “amenable to removal.”

According to the 2019 Frederick County 287(g) Steering Committee Presentation, law enforcement officers detained 1,673 undocumented immigrants between April 11, 2008 and May 31, 2019. The Frederick County Sheriff’s Office has only released information on 282 detainees with felony charges, failing to describe the crimes committed by the other 1,391 people to warrant their arrest, besides not having legal citizenship.

Policies created without explicitly stated definitions are detrimental to truth and honesty in government and law enforcement, which can lead to abuse of power. Unfortunately, Frederick County is not immune to this.

In the program’s lifespan, there have been at least three documented cases of misconduct by Frederick law enforcement in regard to undocumented immigrants. In 2008, Roxana Santos was arrested outside of her workplace while eating lunch, and in 2018, Sara Medrano (who is a member of the RISE Coalition) was asked to show documentation to officials at a traffic stop.

Medrano’s incident occurred in 2012, six years after the county 287(g) Program was limited to immigrants already in custody.

The 2019 Steering Committee Presentation states that “the 287(g) Program can only operate within the confines of the Detention Center” and “only offenders that have been arrested and brought to the jail are screened to check their immigration status.”

Other instances of misconduct include a 2013 inspection by ICE showing that Jenkins’ office was noncompliant with standards of the agency on 20 counts.

Supporters of the program have often justified it by claiming that undocumented immigrants cause spikes of crime in communities. Organizations such as Angel Moms have been formed by people who have lost loved ones at the hands of non-citizens. Yet statistics show that undocumented immigrants are actually far less likely to commit crime than native-born U.S. citizens.

The academic journal Social Psychiatry & Psychiatric Epidemiology published a study which found that Mexican immigrants are “between roughly 4 and 10 times less likely to report involvement in criminal and violent behavior” than U.S. natives.

If allowed to persist in Frederick County, the 287(g) Program could develop into something far worse than it is now. Across the nation, reporters describe children being pulled from schools or coming home to find that their parents are not there because they have been taken into custody.

The Program also discourages cooperation between law enforcement and the Latino community.

The implications of the Program suggest that many U.S. citizens are increasingly numb to what the Program could do. This could lead to a future in which more serious violations of rights are not uncommon.

“When parents are afraid to send their children to school, or go to work, or participate in community activities, that’s a problem for Frederick,” said Frederick Mayor Michael O’Connor. “[It will] ultimately negatively affect children the most. And they are the most innocent, the most vulnerable, and the most deserving of government’s protection.”

Even now, the Frederick County 287(g) Program has many more negative effects than positive.

O’Connor believes that immigration policies should be controlled by the federal government, not local law enforcement. The RISE Coalition agrees.

“We strongly believe our local enforcement should be focused on combating local issues and leave federal immigration issues to ICE,” said Downey.

It is my belief that we could take a step further and actively engage with our immigrant community by standing with them against anti-immigrant attitudes and the upcoming rally.

If you are unsure how to act, the first step is to educate yourself about this issue.

To learn more about the 287(g) Program or immigration policies in general, see the resources listed below:

Nolo: Who is an Undocumented Immigrant?

UNESCO: What is Xenophobia?

4 Responses to “Undocumented immigrants in Frederick deserve hope, not hate”