by Braden Weinel and Alexis Fowler 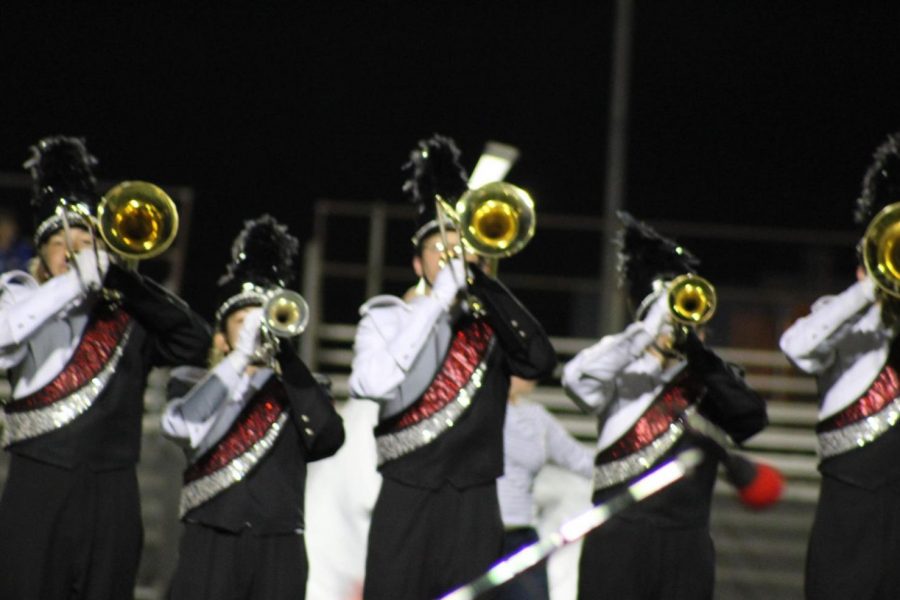 Alyson Zieg-Sniffen and her band mates performing in the All County music festival.

Alyson Zieg-Sniffen leads the Trumpet section of the marching band. On June 20, Zieg-Sniffen will further her music education at the Interlochen music summer camp in Interlochen, Michigan. She will be there for six weeks focusing on becoming a better musician, along with 1500 select high school students.

Zieg-Sniffen began her music career when she picked up a trumpet in seventh grade. In addition to marching band, she is in Linganore jazz ensemble, All County band, and All County jazz ensemble.

“About 17% of the members in America’s biggest symphonies are alumni of the Interlochen music camp. I thought this would be a great opportunity to advance in my music career,” said Zieg-Sniffen. “The Alumni of this camp have won over 125 Grammy awards and 26 Tony awards.”

The Interlochen Center for the Arts is a boarding school focused around all types of performing and visual arts. While not working on her music, Zieg-Sniffen will go hiking and see the Great Lakes

“The Interlochen Music Camp is one of the most prestigious camps in the nation. It’s a real honor to be accepted into it,” said Lloyd.

This experience is going to challenge Zieg-Sniffen by putting her musical talents to the test, but ultimately, making her a better musician.

Lloyd said, “She is one of the best trumpet players at Linganore, but by being surrounded by those just as good as her, she is going to be challenged.”

Next year, she will also be a part of the Frederick County arts program at Governor Thomas Johnson High School. She will spend half the day at TJ taking classes such as music theory, and then spend the other half of the day at Linganore.