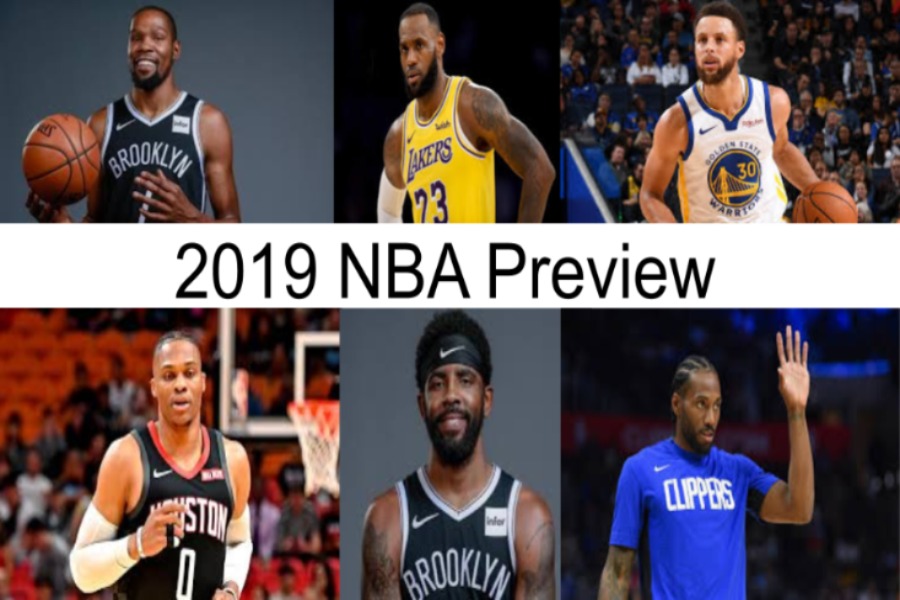 The short URL of the present article is: https://lhslance.org/3szvp

The 2019-2020 NBA season has just started, and it’s already shaping up to be a dramatic and exciting year for its fans. During the offseason, teams and players have made decisions that are changing the organizations from a rebuilding era to a championship contender team era. Rookies and stars are warming up for the long season to come.

A “rebuild team,”  in terms of NBA basketball, is a team that is trying to restart and looks towards the future of their franchise. Fans now look down upon these teams as they are not fun to watch. They are giving up before the contest begins.

For example, the Oklahoma City Thunder had all-stars Russell Westbrook and Paul George and now have traded away both of their stars for future draft picks and young prospects like Shai Gilgeous-Alexander. On the other hand, the Los Angeles Clippers, who were a rebuilding team, are now my favorite to win the NBA Finals in June 2020.

The Clippers finished eighth in the Western standings and made the playoffs with a team that should have been out of the conversation. During the off-season, Kawhi Leonard, who just miraculously won the NBA Finals with the Toronto Raptors, is now going to LA with another fabulous All-Star in Paul George who just came off an MVP-caliber season with the OKC Thunder.

This off-season, the Warriors who were the NBA’s super-villains after Kevin Durant signed with them in 2016, are now the underdogs in the Western conference and some might say that they won’t even make the playoffs after losing Kevin Durant in free agency and Andre Iguodala to a trade to the Memphis Grizzlies. Durant’s decision shocked the NBA when he signed a four-year, $160 million deal with the new upcoming Brooklyn Nets. They just became championship contenders from signing Durant and Kyrie Irving from the Boston Celtics.

In today’s NBA, a team with no hope at all can change into a contender just from a couple moves.

This year’s draft was also very important to the NBA, with the new star in Zion Williamson picked #1 Overall in the draft. Williamson is the most exciting prospect since the 2003 draft with Lebron James also being picked #1 Overall. Williamson is expected of big things and he has to exceed them or else he would be majorly criticized. The expectations for the 285-pound beast are to win Rookie of the Year and to also lead the New Orleans Pelicans to the playoffs. RJ Barrett, the other major star in the NBA draft coming out of Duke with Williamson was picked 3rd Overall in the NBA draft to the New York Knicks. The New York Knicks are another team in the rebuilding phase and since they are located in the Big Apple, it comes with big expectations. During the NBA summer league, RJ Barrett did not perform and many people were overwhelming the NBA world with “Bust” terms for Rj, but in the pre-season, he has performed much better averaging 15 points per game and starting in the Knicks lineup.