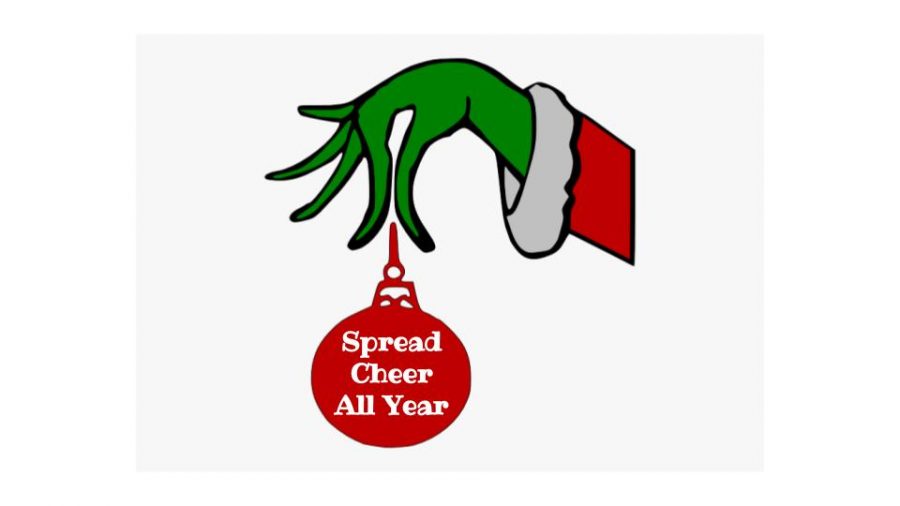 Is Christmas Creep really all that bad? Or is it just a way to spread joy during hard times?

Christmas Creep: The gift that keeps on giving

The short URL of the present article is: https://lhslance.org/sfqw2

The end of October usually means spooky decorations and crowded stores, but lately, it signals the start of tinsel, wreaths, and annoying Christmas jingles.

The name for this phenomenon? Christmas Creep–a term coined to describe a marketing strategy where retailers release holiday merchandise and sales earlier and earlier each year.

Some have all of their decorations up by November, and others respect that December 1 is the “official” start of the season.  I used to fall into the latter group–Christmas was not even a blinking holiday light in my mind until after Thanksgiving, and I believed everyone else should think the same.

However, once I thought about why Christmas Creep exists, my opinions began to change. There is no denying that  Christmas Creep as an easy money-making scheme for big companies. Create a sense of urgency in customers to buy gifts and prepare for the holiday season, and, BINGO!  You’ve made millions.

But maybe it isn’t that shallow. When I think of Christmas, I think of a time of hope. I love the Christmas season because it gives me something to look forward to; it brightens up otherwise ordinary days. So can I blame people for wanting to extend that joy as long as possible?

The more I learned about Christmas Creep, the more the term bothered me. I understand the reasoning–many feel as if the Christmas season is creeping up on them, ready to pounce. However, I think the motivation behind Christmas Creep can more accurately be described as Christmas Spread.

That’s the purpose right? Spread the joy of the season, and stretch it out as long as possible. The past few years have been rough in terms of news. Some headlines from 2019 alone include:

“Massacre at a crowded Walmart in Texas leaves 20 dead”

In a time like this where everything in society and the news seems so hopeless and desolate, people are looking for anything to be beacons of light in a dark world. For some, this hope is on Christmas.

Target employee and junior Carolina Heister said, “It is kind of weird having holiday decorations out in late October, but it is also nice to have the holiday spirit because customers are way happier during the holidays.”

When we consider the religious aspects of the season, it is a time of hope celebrated for four weeks before the day of Jesus’s birth. This season is called Advent, and Christians spend the weeks before December 25 anticipating Christ’s birth and reminding themselves of the reason for the season. Typically, four candles are lit, one for each week, and each have a meaning: hope, joy, love, and peace. We all could use a lot more of these things.

Similarly, the Jewish religion celebrates Hanukkah around this time by lighting eight candles to remember the miracle oil that burned for eight days, their religious symbol of hope.

For most religious celebrations around this time of year, the focus is hope for what is to come, usually in the form of light. In a time as dark as this, we need as much light as possible.

However, we have to respect that Christmas can be a painful time for some. The season can be stressful for children of divorced parents, widows, those in poverty, orphans, and many others. Christmas alone is difficult, but by stretching it out 3 extra months, it can become torturous for those who have traumatic memories. Celebrate all you want, but make sure to be sensitive.

In the Christmas classic, How the Grinch Stole Christmas, The Grinch complains about Christmas season and criticizes the Whoville people. The Grinch doesn’t hate Christmas: he just hates the noise and materialism associated with it. At the end of the story, he comes to the realization that Christmas is more than just noise and says, “Maybe Christmas doesn’t come from a store. Maybe Christmas, perhaps…means a little bit more.”

When it comes to Christmas Creep, we should think the same way. Maybe it is more than an easy money grab or a retail scheme. Maybe Christmas Creep is a way to light up an otherwise difficult time and provide hope for what is to come in a way that is familiar to all.

Don’t get me wrong, I still have my own reservations about diving into the season before December 1. However, as we enter a new decade with negativity on the horizon, maybe a little Christmas Creep (or Spread) isn’t so bad. Whether you celebrate or not, choose to spread joy.