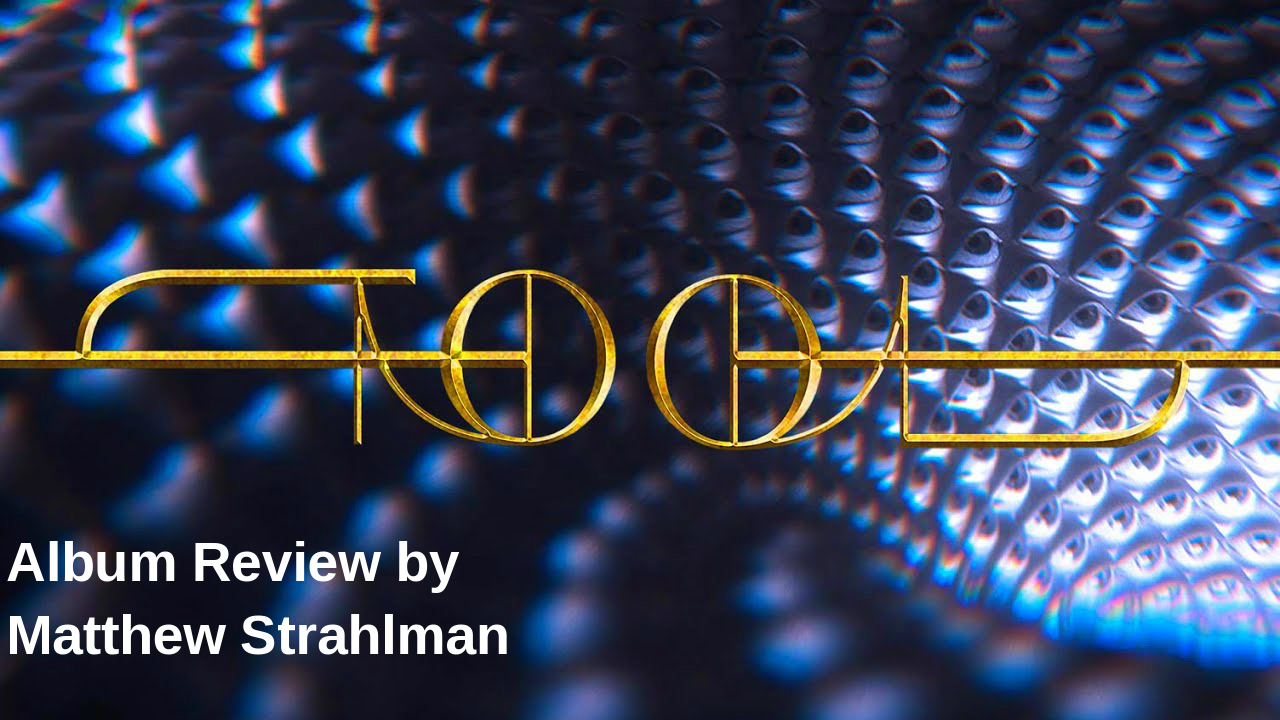 Metal listeners will put this up for their album of the year, or maybe even the decade! (Matthew Strahlman)

Metal listeners will put this up for their album of the year, or maybe even the decade!

The short URL of the present article is: https://lhslance.org/gvs9w

Everything on Fear Inoculum is a highlight. With their latest studio album, Fear Inoculum, Tool brings their audience, and the world, a sonic masterpiece. Tool is an alternative metal band formed in Los Angeles in 1990 by frontman, Maynard James Keenan and guitarist Adam Jones. Their music earned appeal from all listeners, and breaks the walls of metal music.

Tool has earned three Grammy Awards and have brought their inherently complex music into the mainstream. Astonishingly, Fear Inoculum shot straight to number one on the Billboard Top 200, unseating Taylor Swift’s new album, Lover, and stayed there for two weeks. As well as this all ten of the tracks were in the top 25 of the Billboard Hot 100 Rock Songs at the same time.

Any avid Tool listener can list many adjectives to describe the band, but the one that I will tell you is that they are one of the most honest bands ever; Tool is unabashed to make music that they love.

Fear Inoculum is Tool’s fifth album, coming 13 years after their 2006 album 10,000 Days. With Fear Inoculum Tool asks the audience, both old and new listeners, to be rid of all expectations. The album is a musical journey. With only ten tracks (seven on the physical release due to the removal of the three interludes), Fear Inoculum is Tool’s longest album at 86 minutes. All you need to do is give it a chance, and if you do, it will reward you greatly.

By pure accident, while writing Fear Inoculum, Jones came up with a lot of riffs that were all counted in seven time (7/4, 7/8,…). It just so happens that at the same time, also by pure accident, Keenan was thinking about and toying with the concept of seven as well. When coming together, because of this, the writing team decided to incorporate the concept of seven, and ideas related to seven, all throughout the album.

The first track, and only single from the album, is “Fear Inoculum.” This took the place as the longest track to ever make the Billboard Hot 100, overtaking David Bowie’s “Blackstar.” At 10:20, this track is actually one of the shortest tracks. As the first track on the record, “Fear Inoculum” introduces the listeners to everything, both new and old, that they are going to experience throughout the album.

You don’t know what to think as you’re trying this record out for the first time, and Tool knows this. 53 seconds in, Danny Carey comes in on percussion with an extremely tight groove, and it’s hard not to get hooked in. Tool does their best to ease you into the unknown with a somewhat familiar yet wholly new sound, and they succeed. “Fear Inoculum” gets you strapped in and ready for the wild ride that is this album, a harmonious union between the old and the new.

With this album, Keenan continued his lyrical modus operandi of writing profound lyrics which can be interpreted in innumerable ways, and “Fear Inoculum” is no exception. From an exorcism to an allegory for an abusive relationship, every listener has found their own meaning in this song, and shows that this album isn’t just Tool writing 10+ minute long songs for the fun of it, these songs really mean something to everyone in the band.

The second track, “Pneuma” (noo-mah), is even more complex than the first track, and even more groovy. This song keeps the spotlight on the rhythm section, Danny Carey and Justin Chancellor. This song is so mind-bendingly groovy, thanks to Carey and Chancellor, and yet no two people feel this song the same way. This alone shows how amazing the band is at engaging the listener even with incredibly complex ideas.

The song starts with an intro: Jones strums his guitar, and then Carey explodes in. Then Chancellor comes in laying the foundation, with Jones and Carey coming in above him leading into the first verse. Keenan does some amazing things with this song, not just lyrically, but also with his voice. So skillfully he transitions from the verse into the chorus, made incredibly infectious thanks to Carey accenting Keenan’s vocals. Carey then takes the baton at the end of the chorus, sharing it just a little bit with Jones, right before dropping out to give Chancellor his riff back.

“Invincible” is the third track on Fear Inoculum, and. “Invincible” starts off incredibly strong with Jones bringing a concept to the band and saying “here you go, what can you do with this?” The guitar tone on this track is incredible. Invincible starts off almost heart-achingly beautiful, with Jones on an idea that carries through the track, and then at 3:22 the song shows its teeth a little. “Invincible” is probably the most dynamic of the songs on Fear Inoculum, and maybe even from their whole discography, and really does leave its mark on the listener.

The fourth main track is “Descending” and, being right in the middle of the album, ties together the tones and themes from the first three tracks with those of the last three. It is one of the best showcases on the album of Keenan’s vocals and writing prowess, as he shows incredible range for texture, tone, and his ability to craft incredible melodies and harmonies. This is the second longest track on the album, at 13:44, yet when listening to it it doesn’t feel long as Keenan drags you through this epic call to action along with him.

The next song is “Culling Voices,” which is the shortest of the six main songs, at 10:05.  This track is one of the most emotional songs on the record, and is my personal favorite. It starts with a very dark yet beautiful melody from Keenan, with Jones on some amazing harmonies. This song evolves so well from the first half and its brooding darkness, into the second half and its mental anger. The build into the second half is so amazing and never gets tiring.

The sixth track is “Chocolate Chip Trip,” which is the shortest main track at 4:48, which is just Carey going at it with some synth colors in the background. This track is so great and truly shows just how masterful Carey is on the drums. Engaging from start to finish, this instrumental fits right into the entire work perfectly.

The seventh and final song, “7empest,” is the longest track at 15:44. “7empest” is the most Tool-esque that Fear Inoculum has to offer, and will make most of the older fans comfortable with the changes that Tool have made to their sound and direction. Keenan’s voice calls back to earlier Tool with “Undertow” and “Lateralus”, and the song as a whole has an incredibly comfortable anger and heaviness reminiscent of their older work. While not that dynamic, “7empest” is a song meant to thank the older listeners for sticking through Fear Inoculum, and hoping that they will continue to listen to this album.

Fear Inoculum is a slow burn, but is no doubt a sonic masterpiece. Although not immediately recognizable for its importance, unlike, say, Lateralus, Fear Inoculum shows incredible growth in Tool’s songwriting abilities and their unflinching attitude towards change. This album is an important change in Tool, bringing them back into the mainstream, and if they continue to just be themselves and never accomodate for anything or anyone, Tool will never let down any of their fans.

If you didn’t like Fear Inoculum the first time you listened to it (I will admit, I was unsure how I felt after the first listen) I implore you to give it another try. Or maybe ten. Although it’s long, I assure you that it will be worth it. There is no way for me to rate this album, everybody will have their own experiences with it, all I can say is that I love this album, and I hope that everyone who sees this story and decides to give it a try, or a second try if you listened to it when it came out, will hold it with them as an exciting experience.