Week 6: Oakdale makes a huge statement against Linganore in a 56-7 rampage 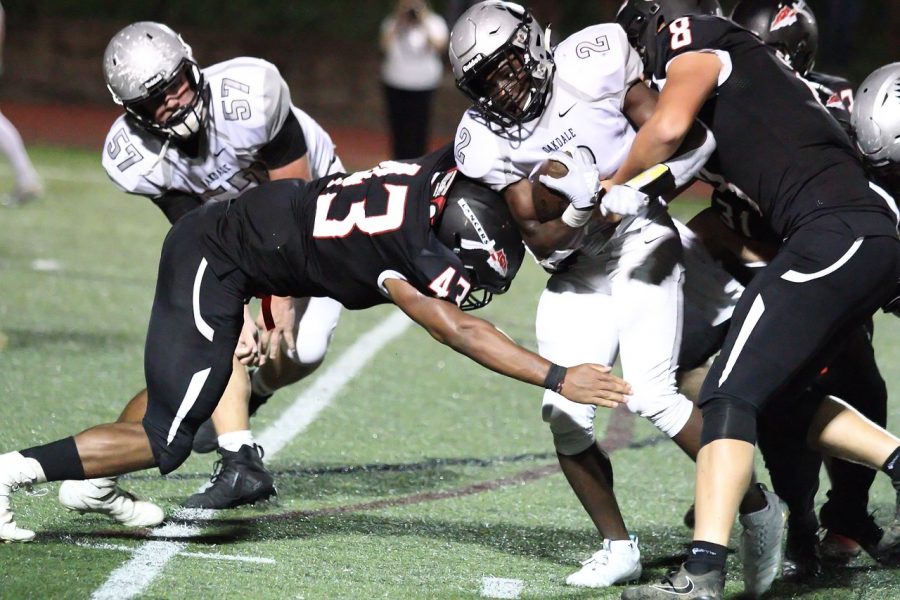 The short URL of the present article is: https://lhslance.org/fsqxe

Oakdale was able to get n the board first after Junior Luke Carey blocked another punt, one of his many this year. The blocked punt put the Bears at the Lancers’ 34-yard line. On a 2nd and Goal from the 4-yard line, quarterback Colin Schlee ran in towards the Bears’ sideline for a touchdown to give them the early lead and momentum.

The Lancers returned the favor, with a 14 play drive that took roughly 3:30 minutes. A drive, set up by mostly runs, was concluded with a Ryan Leyh toss up to WR Matt Schiller for an 11-yard touchdown. The game looked to be a continuous back and forth game. Unfortunately, this game was the complete opposite.

After the Lancers’ scoring drive, the Bears answered with not just one score but 49 unanswered points. Wide receiver Blake Baxter had field day, as he had  3 touchdown catches in only the first half. He had 165 receiving yards on five receptions, which led his team and one of the best performance of the year for any Bears’ receiver. Another big name for the Bears, which as already been mentioned, is Carey. Carey not only had a blocked punt, but also had multiple tackles for losses and one of the most difficult pick-6’s you would ever witness.

On 1 and 10 at the Lancers’ 20-yard line, Leyh had dropped back to throw a screen pass. The intended receiver was heavily covered as Leyh tried to throw the ball into the ground below the receiver. However, when the Lancers’ had stopped running and trying to block, Luke Carey swooped in and grabbed the ball inches from the ground for an uncontested 6 points.

In a Frederick News-Post article, Coach Rick Conner said this on the defense, “Defensively, they just picked us apart. We had a bad plan. We have to look at that. That’s my fault. We’ll figure that out.”

The Lancers will prepare to take on John F. Kennedy High School at Linganore’s home field at 7:00 pm. The Lancers’ are prepared to replicate what happened last season after they lost to the Bears. If the Lancers want to gain the 3A Champions title again, they need to fix a few things in their gameplan and improve on their execution.