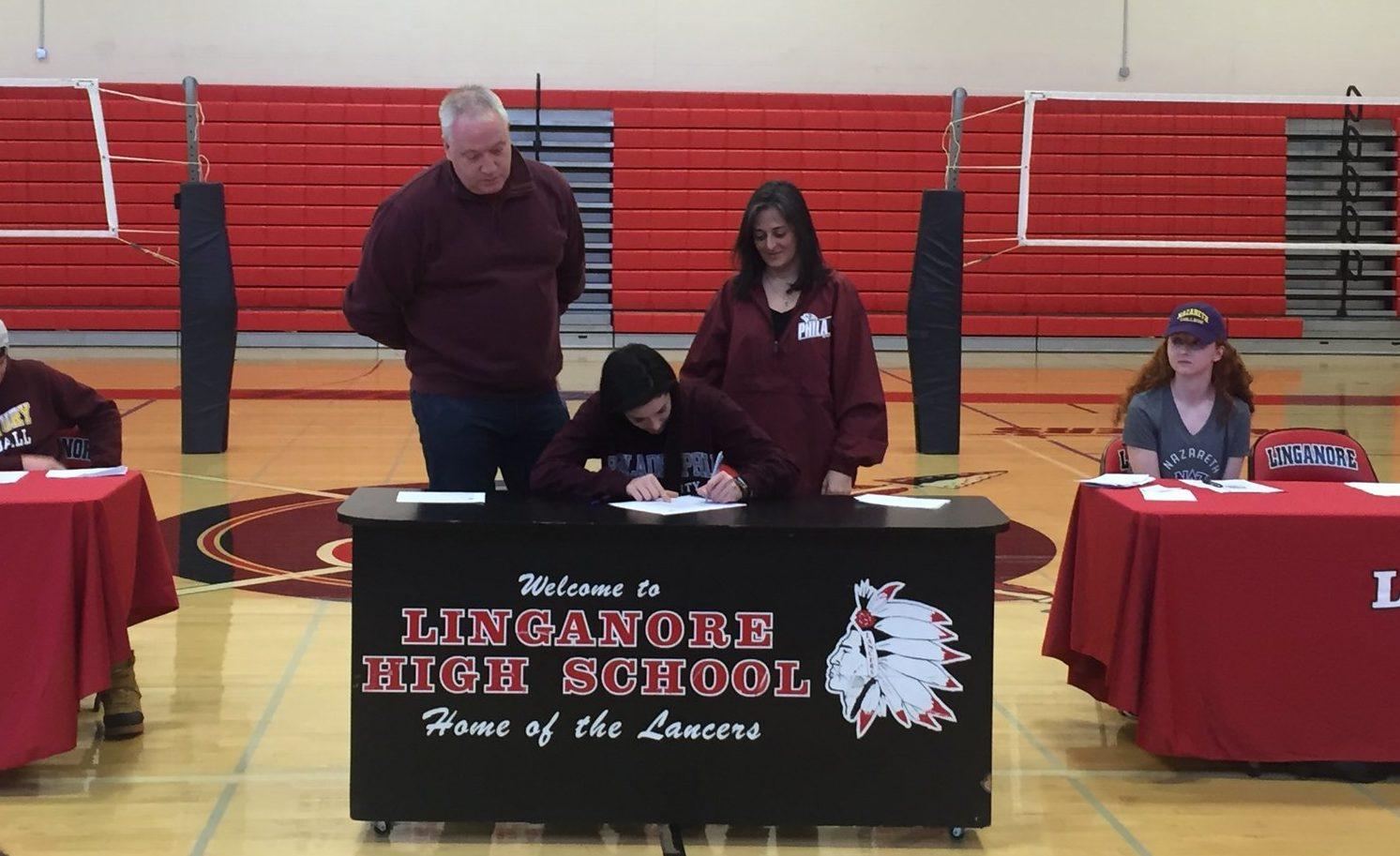 With her parents watching, Meredith Lapen signs her letter of intent to Philadelphia University.

On February 1, Meredith Lapen signed to the Philadelphia University Women’s Soccer team. While Lapen was a senior in 2016, she racked up 8 goals and 6 assists.

“She saw the field better than anyone else on the field,”  said Coach Putterman.

Putterman said Lapen helped the team slow down and allowed them [the players] see the field. She is a driving force in the team’s respect and unity.

Coach Putterman’s favorite part of coaching Lapen was having her help with the unity of the team and how she managed to make practices fun. A special part about Lapen from having her on the team is “her ability to do what is asked of her to but not give up her own will.”

Kimberly Lapen, mother of Meredith Lapen is her daughter’s biggest fan. She’s going to miss having her daughter at home.

“I’ll have no one to scare. I’m going to miss her humor,” said Mrs. Lapen.

Mrs. Lapen is confident in her daughter’s abilities. She has no worries about her daughter being injured playing on the college level because she knows how hard her daughter trains to be a successful player and, Mrs. Lapen is the mother of two athlete graduates, Rhianna (soccer goalie) and Abby (volleyball player).

Lapen chose a school that fit her desires to play soccer and suits her intended major, architecture.

While Lapen considered some other colleges, Philadelphia overshadowed the rest with its level of soccer. She also loves its location. The city and its potential for great entertainment appeals to her.

Close friend Allyson Dongarra says she excited for her friend to attend a school with a great soccer and academic programs.

“It’s the right place for her,” said Dongarra.