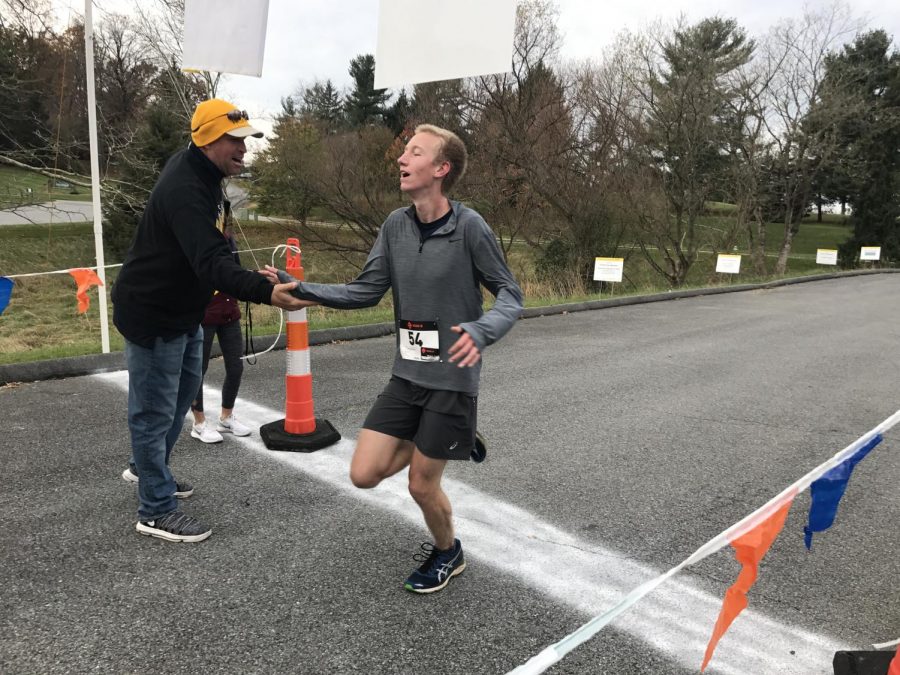 On November 12, the entire community ran and walked through the West Winds neighborhood, home to the Weaver family whose daughter, Lily, is now on a homeschooling hospital program because she has Ewing’s Sarcoma. Weaver was cancer free for five years before relapsing July 2017.

Lily’s Hope is an organization that was created to help the Weaver family and to bring together other families dealing with childhood cancer. On Sunday November 12, Lily’s Hope partnered with Patty Pollatos Fund to host Lily’s Hope 5k walk/run at the West Winds golf course. The Linganore community was well-represented.  Lancer Media was a starting line sponsor; the SGA worked for months signing up runners; the football team parked cars, and many students and staff volunteered and ran in the race.

Lily’s mom, Amy Weaver, was overwhelmed by the number of people wanting to show support for Lily. After the race, Amy Weaver said, “Lily is so happy, she really feels in the community’s arms right now.”

When participants finished the race, there was snacks, music, dancing, and karaoke.  Irma Tercero, a neighbor and Linganore parent, organized the silent auction.

Laura Blackwell, a family friend and hair stylist, held her own fundraiser on Facebook to raise money.  She promised to shave her head if she raised $1,000. That goal was accomplished quickly.  At the race, Blackwell announced that she was donating more that fourteen thousand dollars. The best part was that Weaver would be doing the honors of shaving Blackwell’s head.

After Blackwell had her head shaved, senior Bridget Murphy made an announcement that she raised a total of $1,460. For the past month, she has been collecting money at her work, Med One Pharmacy and at Shear Images. The owner of Med One Pharmacy wrote a check for $650 in addition to the $810 Bridget raised.

There were 728 people registered, 23 financial sponsors, 136 volunteers, 12 supporting partners and 40 in-kind donations. The winner of the $700 50/50 raffle, Ed Salter, donated his winnings to the Weavers. A drone operated by Charlie Rasmussen was used to capture footage of the event.

Weaver was at the center of the event, encouraging her friends and smiling through it all.  This is the third Lily’s Hope 5K. 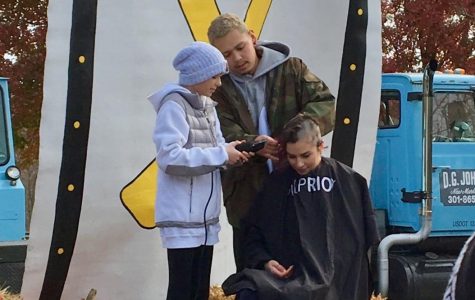 On November 12, Lily's Hope 5k took place at West Winds golf course. The race is a way to raise awareness for childhood cancer and to show Lily Weaver and her family the community's love and support. At the end of the race everyone gathered around the stage to watch Lily Weaver shave Laura Blackwell's purple hair. Blackwell works at the DNA Lab hair salon. She made a deal with Lily that if her salon rai... 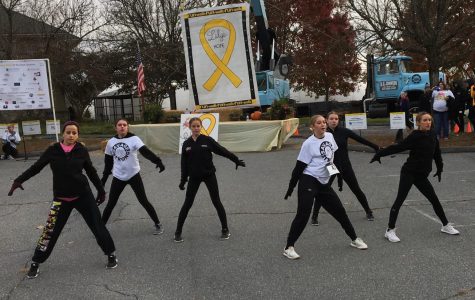 Savage Dance Company performed in the freezing weather before Lily's Hope race at West Winds golf course on November 12.  A major sponsor of the event, the dance studio in Eldersburg, Maryland is owned by Greg and Nichole Savage. Lily Weaver, who has Ewing's Sarcoma and is receiving rounds of chemotherapy, danced at Savage for one year before she had to stop because of her illness. Weaver said, ...