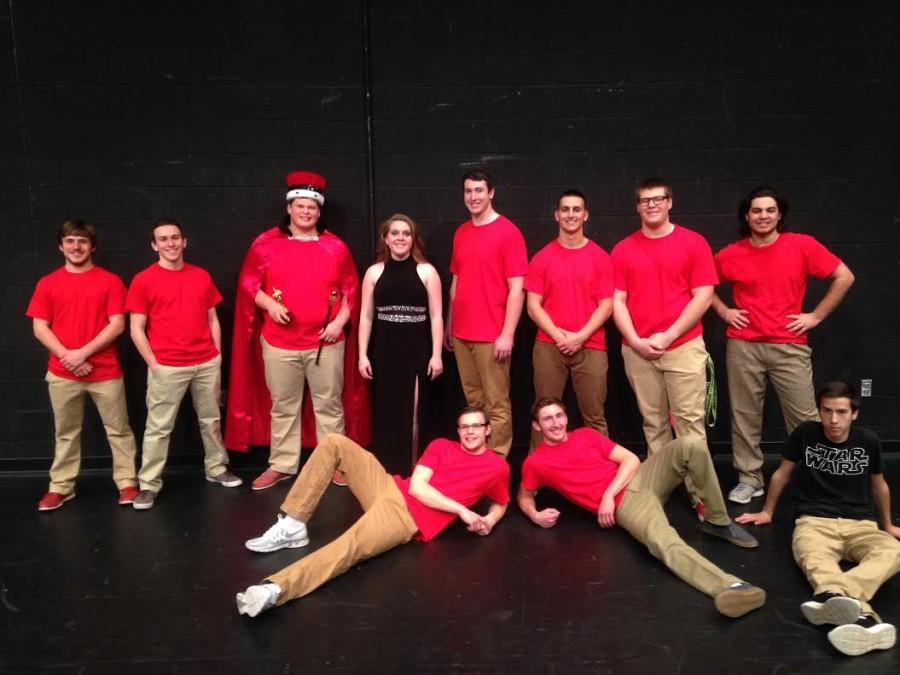 The 11 contestants pose with student coordinator, Lexi Watson after the crowning ceremony.

On March 5, the Linganore auditorium was a sea full of laughter, warmth, pride, and community as the full house watched the 18th annual Mr. Linganore pageant– complete with wigs, tutus, “beach-ball ballet,” serenades, fake beards, some umbrellas, and even a poodle skirt or two.

Just in case the talents didn’t excite quite enough giggling, the boys had to perform two dances. The first was the Hustle, which the contestants completed with their dance partners. The second was performed at the end of the show before finalists were chosen. The boys and their escorts reigned over the stage as they danced to “It’s Raining Men–” kick line and all.

Each boy showed off their own flare, struggled with different pieces of the show, and created their own memories that will surely last a lifetime.

Stories about each individual contestant and his Mr. Linganore story will be updated below: