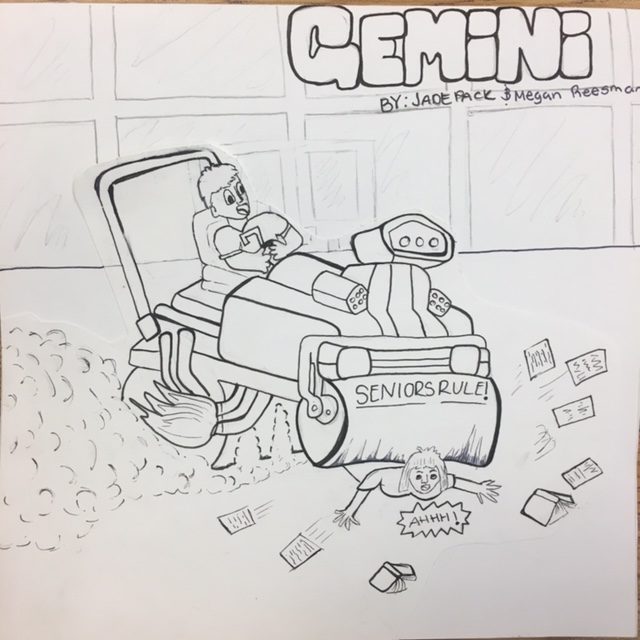 Things my older sister told me before my freshman year

–A short story based on true events–

I sat at the kitchen table, sipping on a mug of lukewarm coffee. It was noon, the midday sun warming my back. That summer Saturday I had neglected to change out of my pajamas, throwing a blanket over my shoulders and stumbling downstairs in a drowsy haze. It was a tired morning, and I was content in my exhaustion.

I didn’t remain that way.

Startled, I fumbled my drink, some of the liquid splashing onto my hand. My sister slid into the room at full speed, smashing into the table. Grinning, she dusted herself off and straightened.

I clutched my coffee to my chest, curling in on myself protectively. “What are you doing?!”

“Right.” My sister may lean toward the cheerful side, but this behavior was strange even for her. “Did you just get up?

She scoffed. “I’ve been up for hours!”

“Because you’re going to high school in four days!”

“Whatever. The point is,” she grabbed a chair, spinning it around and sitting. Her gaze was solemn. “It’s time you had the talk.”

“No thanks,” I replied lightly. “I already had that when I was ten.”

“Don’t be snotty. I meant about high school. I’m trying to give you some advice here.”

I sighed heavily, knowing resistance would be pointless. “Fine. Lay it on me.” 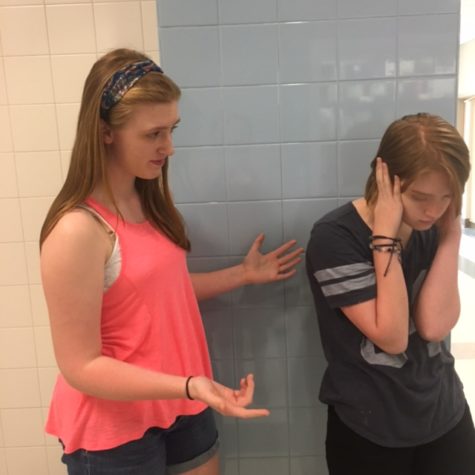 “Well for starters: it’s not college. You can’t go to school in pajamas.”

“Your infinite wisdom astounds me.” My voice dripped with sarcasm.

She made a show of considering her words and ignoring mine. “Well you can, but you probably shouldn’t. It’s unprofessional. More importantly, don’t stop in the middle of the hallway.” She tilted forward in her seat. “Don’t do it. It is the most annoying thing you can ever do.”

“I doubt people actually do that.”

“Oh they do! They’ll stop walking on their way to class or park themselves in front of the staircases, as if we all don’t have places to be!” She flailed her arms for emphasis.

Dodging her hand carefully, I sipped my coffee. “Rude.”

“Upperclassmen will mow down anyone who tries to pull that stuff. Don’t be one of those people, Little Sib. Don’t.” Her accusatory finger tip grazed my nose.

“Yeah, if you get yourself a cuddle buddy–”

“You know?” She waved a bit, as though a vague hand gesture would explain everything. “A main-squeeze, a plus-one?” My incomprehension disappointed her. “A significant other?”

“What was your point again?” I cut her off.

“Oh right. If you start dating someone, I don’t care how much you like them, don’t make-out with them in the hallway. Nobody wants to see that.”

“I’ll keep that in mind,” I said dryly, completely unconvinced. “Any other advice?”

She rolled her eyes, but continued. “Know that in your first month or so, most upperclassmen won’t want to talk to you. Just avoid them for a while.”

“I wasn’t planning to ask them to lunch.” I stood, setting my empty mug down. Time to end this ridiculousness. “Well, you’ve done a great job giving me this pep talk. I think–”

“Hold up, I’m not finished yet.” I paused in my motions, locked by her serious gaze. Slowly, I sat back down. “High school isn’t easy, and I’m not going to pretend that it is. After freshman year, it only gets harder.”

Depressing much? “Great, I have a lot to look forward to. Now could I please–”

“But there are also so many good things about it. You have an opportunity to be involved in more clubs and activities. You’ll be building up a resume, thinking more about college. Although you probably already have all that figured out, don’t you? You’ll meet new people–some that you like, some that you don’t get along with so well.”

“All that experience is going to change you. That’s a pretty scary thing.” Smiling, she punched my arm lightly. “But I know you better than anyone else. And you’re going to do great.

This was a surprising vote of confidence. It took me a moment to collect myself before I could speak. “Thanks, sis.”

“Are you tearing up? Aww, my little sib is such a sap!” She crawled over the back of her chair, leaning forward to hug me.

Things I told my younger sister before going to high school

Before my little sister had her first day in high school, I gave her some advice on what high school is all about. 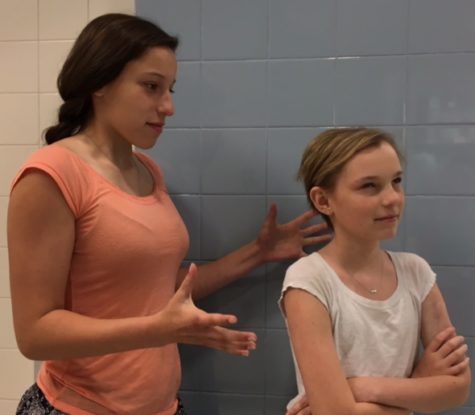