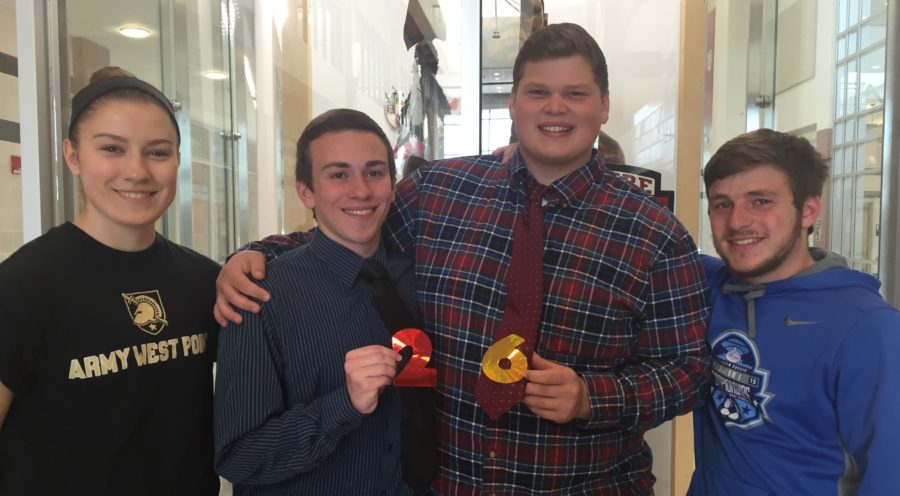 As the school year comes to a close, the senior members of the SGA are hanging up their ties. For most, they will be saying goodbye to four years of class council and SGA leadership.

The seniors each head off in different directions. Matt DeMember, Class of 2016 President and Mr. Linganore 2016, has signed to play football at Grove City College and wants to study marketing.

Class of 2016 Treasurer Emma Roerty, also a recruited athlete, will be joining the United States Military Academy, to play lacrosse and pursue a field in either economics or international relations.

Matt Watson a runner-up for the Mr. LHS crown and President of the SGA, is staying closer to home. He will be studying mathematics at the University of Maryland at College Park.

SGA Treasurer Zach Yurich plans to attend St.Mary’s College of Maryland. His interests are in the fields of education and history.

While their futures all look very different, they all have something in common. The number one person they will miss most club advisor Mr. Jeremy Brown.

“His sass never failed to make me laugh,” said Watson.

Elections were held in early April, and the veterans approve of the new group of leaders. “The new members have some good ideas,” said Roerty. “They have the drive.”

They shared memories of MASC conventions, Orioles games, and spending time with their fellow SGA members. Experiences and leadership lessons like these won’t soon fade, even as they move on from Linganore and pursue their college and professional careers.