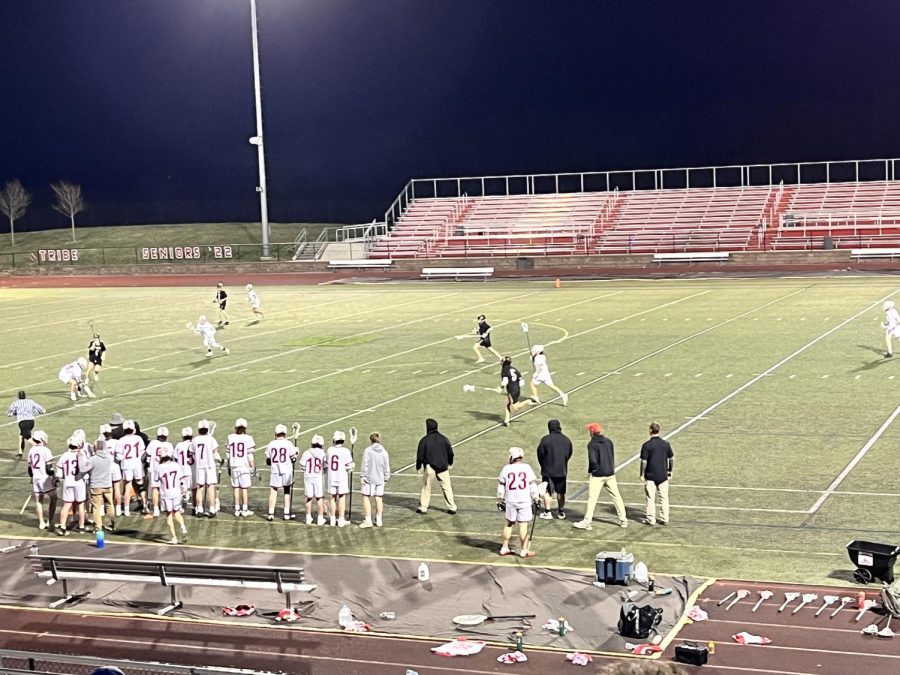 The Lancers took on the South Carroll Cavaliers at home on Tuesday, March 22, the first game of the regular season. The score remained close for most of the game, and Linganore trailed by one going into halftime. Goals by Sean Mullineax, Dylan Kossoy, Kason Gibbons, and Kyle Gardner brought the Lancers back, and the Lancers won the game 8-4.

Sean Mullineax, Kyle Gardner, and Kason Gibbons were the leading scorers with 2 goals each. Cole Stansbury and Dylan Kossoy each scored 1 goal.

Spring sports tryouts concluded on March 3, bringing back much loved sports such as baseball, tennis, and most importantly, lacrosse.

The boys varsity team is led by head coach Richard Thompson. The team has a variety of 9-12 graders, with a majority of the players coming from the sophomore class.

“I like the competitiveness of being on varsity,” said sophomore defense Leland Greco.

The team’s next game is March 24 away against North Hagerstown.

“I’ve been playing with these guys for a couple months now, so I’m pretty much one of them. I don’t feel left out or not needed,” said freshman midfielder Marco LaRocco.

“States is definitely a big achievement, so hopefully we can get there,” said sophomore attack, Brian Bedard.