#Mr.Linganore2022: Joey Dorman brings the “power of the dark side” to Mr. LHS

"I feel comfortable on stage and I like public speaking stuff so I think it's just gonna be a lot of fun,” said Dorman. 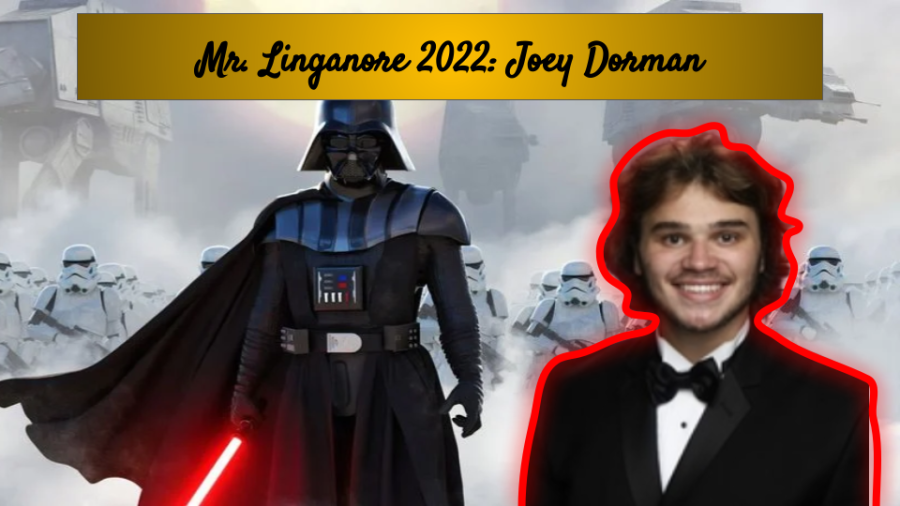 On March 5, Joseph Dorman will be competing for the Mr. Linganore crown alongside five other contestants. Dorman is portraying Darth Vader, a character in the Star Wars franchise. He will be escorted by senior Audrey Beale.

“I chose to be Darth Vader because I like Star Wars a lot, and I had a really cool idea for my introduction in the show. I also have a lightsaber and a helmet my mom gave me for Christmas,” said Dorman.

Dorman is involved in Young Life, National Honor Society, and National English Honor Society. He is the student representative to the PTSA and is the Class Council Secretary for the Class of 2022.

Dorman enjoys theater and plans to major in marketing, film or related field.

Dorman was in the Radium Girls play last fall and is going to play the character Mike in the upcoming Freaky Friday musical.

Dorman will perform an Elvis song during his talent. 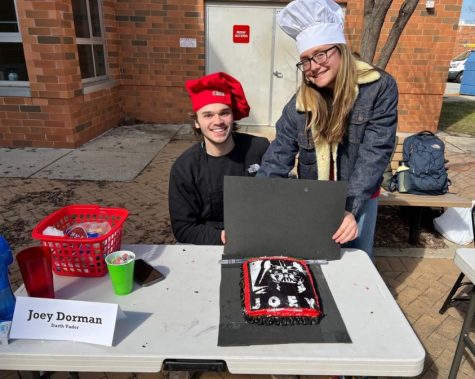 Dorman’s use of a stencil on his Darth Vader cake impressed onlookers and the judges.  He anticipated the difficulty of using finger paint and getting it to dry by bringing his own hand-held fan.

The results of the cake decorating contest and the other lunchtime contests will be announced at the Mr. Linganore competition on Saturday, March 5 at 7 p.m.. Tickets will be available at the door

His escort, Aubrey Beale has been helping him prepare and helping out during competitions. He’s been practicing his dance for the big day.

“I had a really tough time learning my dance. I’ve never danced in my life so it’s been difficult, but I’m getting the hang of it,” said Dorman.

The contest starts at 7 p.m. in the auditorium and doors open at 6:30.