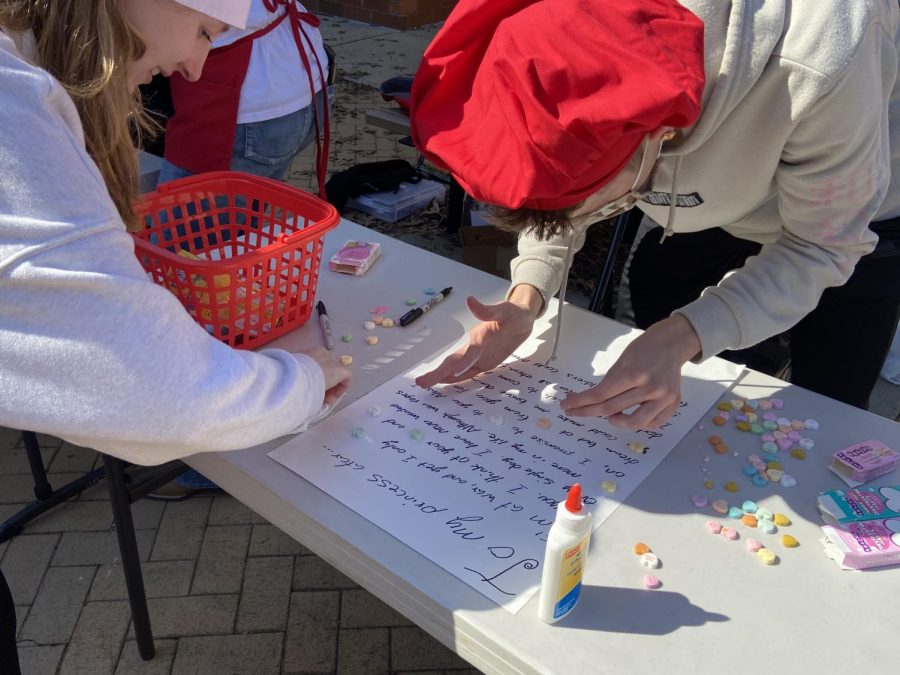 by Madeline Hull, Editor In Chief

On March 2, the six Mr. Linganore contestants and their assistants competed in multiple contests to prove who is best suited for the role of Mr. Linganore. The second lunch shift contest was “Sweetheart Letters.” The contestants’ letters were judged by the English Department on creativity, originality, appearance, and sweetheart appeal.

Each contestant wrote to a special someone either in real life or in their character’s life. Although every letter was unique in its own way, there were definitely some crowd favorites. Jack Sears (Captain America) wrote a letter to Peggy Carter. He described himself as being in Germany and missing her and asking for a dance.

The results of the sweetheart letter contest and the other lunchtime contests will be announced at the Mr. Linganore competition on Saturday, March 5 at 7 p.m.. Tickets will be available at the door.

During the other three lunch shifts other competitions were held, such as cake decorating, building a freestanding gumdrop tower, and finger painting children book covers in which turned out to be very competitive and fun.