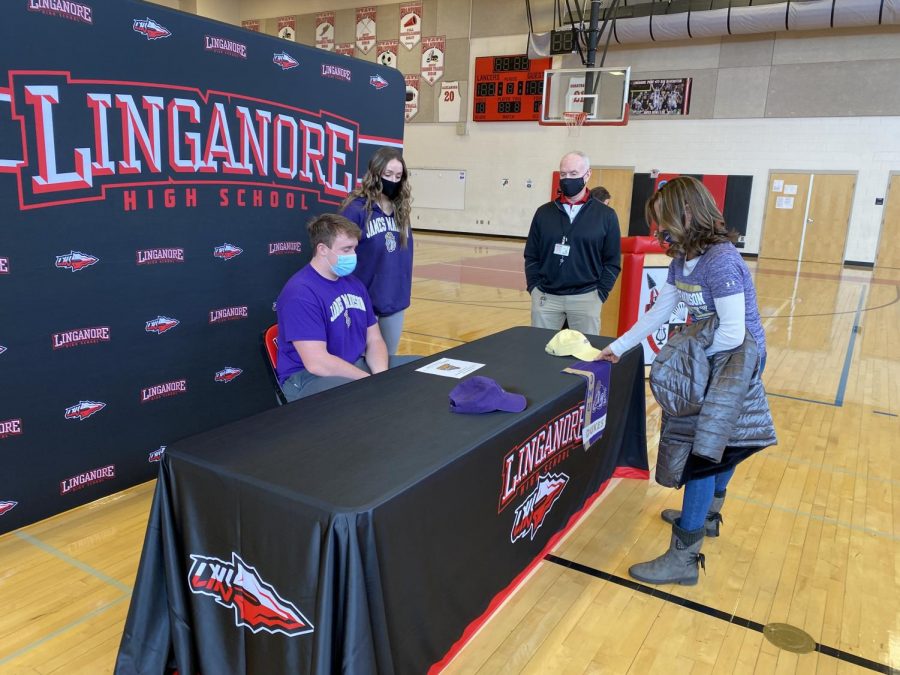 Scott Hummel smiles under his mask as he signs to James Madison University.

On February 3,  Scott Hummel participated in National Signing Day and committed to play Division 1 football at James Madison University, in Harrisonburg, VA. He is an offensive lineman and is outstanding both on the field and in the classroom.

In 2019, Hummel made the All-State Second Team and was named to the Baltimore Touchdown Club Super 22 Team, a team comprised of the top 55 rising seniors in the Baltimore Metro area.

The JMU football program has been very successful in recent years, winning four conference championships and one FCS national championship since 2015. Hummel’s record fits in with this winning environment, as he helped the Lancers win a state championship in 2017 and two runner ups in 2018, 2019. He plans to compete for another championship this season.

“I was looking for the best fit for me both academically and athletically, as well as what team really felt like family for me,” said Hummel.

His mother,  a JMU alumna, may have also influenced his decision.

He plans to major in either health sciences or finance.

“I think I’m going to miss getting to play with the same people from youth football,” said Hummel.

Scott Hummel was one of the fourteen Linganore athletes who participated in National Signing Day this year.