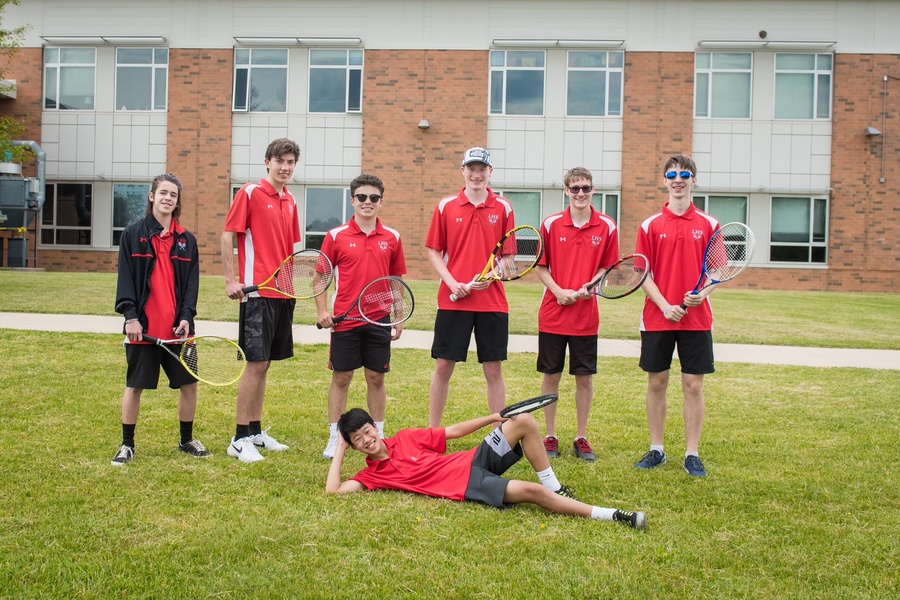 The boys tennis team is made up of seven players, three returning and four rookies with new coach Jennifer Wheat. A small team, but mighty, they have a record of 2-4 as of May 24.

On May 19, the team lost to Urbana, with no victories.  The Urbana team is large, with a number of strong players.

On May 17, the team lost to Frederick.  The day was no in the team’s favor, with several close matches.

On May 12, the matches were becoming more and more slim as Linganore was having a tough time against Thomas Johnson High School. Linganore then found out that they had won by just one point.  Second doubles team Adam Liston and Danny Hester along with third doubles team Tommy Ament and Andrew Lyons took home the winning points of the game.

In the May 10 match against Walkersville, It was a great day for Linganore as they won 4-0. Kyle Wiegand was the first in the team to finish his match and win against his opponent and the rest of the team followed suit.

Returning senior Ethan Zelinsky said, “I really like to play tennis and keep improving. Our teammates are also really nice, so it’s fun to hang out with them.”

With the pandemic last year starting at the beginning of  the tennis season, there were only a few weeks of practice before the end. This season, there will be a total of 12 matches, playing after the school year ends for the seniors.

With Mr. Mark Sunkel now coaching of the girls tennis team, the boys team was left wondering who would take his place.

Ms. Jennifer Wheat stepped up and took the position. Wheat has been playing tennis for the last ten years and prefers teaching about positioning, shot direction, and teamwork, along with an emphasis on perseverance.

Coach Wheat comes from Watkins Mill High School and was retired before she decided to coach boys tennis. Wheat has played tennis for the past ten years. She also coached cheerleading for seven years.

“I have had such a great experience so far with the team. Everyone is open to trying out different ideas and skills drills as well as open to learning new things, said Wheat.