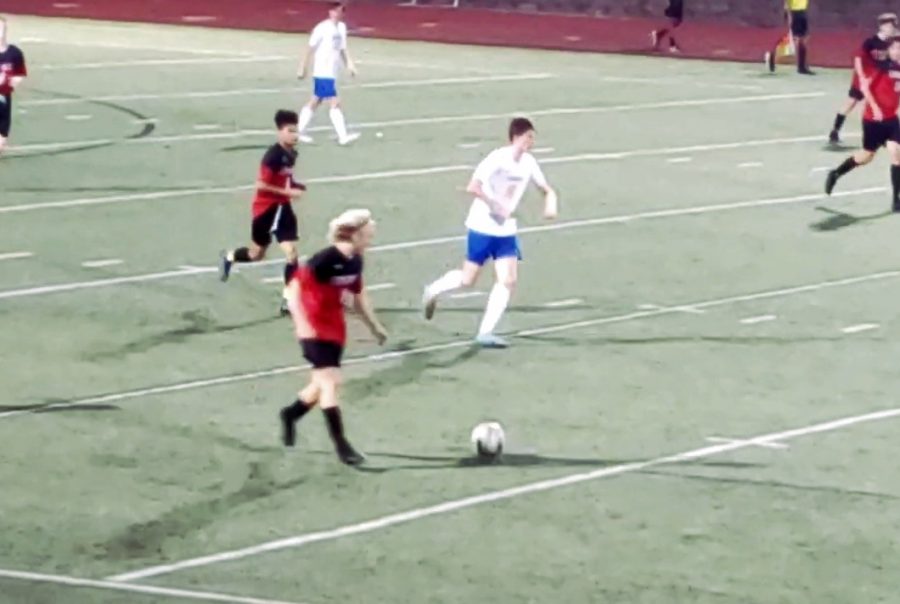 Sophomore Brady Densock dribbles the ball up the field.

After playing three games against Walkersville, North Hagerstown, and Thomas Johnson they are 0-3. Obstacles included playing only three games so far due to weather delays and a young growing team.

Walkersville High School traveled to the LHS stadium (@LinganoreSoccer) on September 14 and won 0-3.

Despite the loss, there were bright spots for the team moving forward. An outstanding performance in goal from senior Ethan Brohawn helped LHS stay in the game.

“There is still a lot of confidence among us players, it was a close game. I think if we play them again, we could beat them,” said junior Chase Breck.

There is plenty of improvement moving forward.

“I think we played well for our first game as a team, but I think we need more offense next game and would like to score a goal,” said Brohawn.

The JV boys soccer team had a great game. They were able to win against Walkersville’s team 2-1.

In the Hagerstown game, Johnny Argueta (4) scored the first goal of the season.

“It was a tough loss, It’s rough to get scored on in the last second,” said junior Michael Davis.

The third game of the season on September 28 was against Gov. Thomas Johnson High School at home.  The game ended as 0-2.