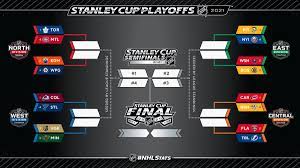 by Brynne McKinney, Reporter
The short URL of the present article is: https://lhslance.org/xobxm

I remember the Caps absolutely destroyed the Lighting, so bad that the Lightning fans started leaving the game early. Then, in the seventh and last game of the conference, there was an awesome hockey fight. One Lightening player, Braydon Coburn, ripped a sweater off of one of the Caps players, Evgeny Kuznetsov, and Evgeny’s teammate, Tom Wilson, did not stand for that.

Both Wilson and Coburn were sent to the penalty box, and right when their time was up, the gloves were dropped and they were throwing fists like there was no tomorrow. Ever since those two games, I was watching every single Caps game there was, no matter what time or day it was.

There are also many other teams I enjoy watching, some because my favorite players were traded  or because they haven’t annoyed me by being a big rival of the Caps. My other favorite hockey teams are the Colorado Avalanche, Ottawa Senators, Vancouver Canucks, Arizona Coyotes, and the Calgary Flames.

As of May 27, the Avalanche is the only one of my teams still in play for the Stanley Cup.

I love watching the 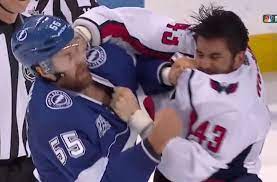 Colorado Avalanche because I really love Colorado and one of my favorite hockey players is Andre Burakovsky.

In my opinion I think Burakovsky is doing amazing in Colorado. Before Colorado, Burakovsky was scoring about 12 goals a season. In his first season with Colorado Burakovsky scored 20 goals, and, as of May 27, he has scored 19 goals in this shortened season.

This season has definitely been different. Usually, the regular NHL season runs from early October to early April, playing 86 games before the playoffs. Then normally the post season goes from early April to early June and has thousands of fans in the stadiums cheering them on.

Whereas this year due to Covid, the season started later and the teams had fewer games to play and the divisions were changed. The 2021 regular season started three months late in early January and ended in early May only playing 56 games and the postseason will probably go to July, and there are no fans in the stadiums, which plays a pretty big factor for motivation and excitement for the players.

I think the Caps just didn’t have the steam this year.  It doesn’t matter that the season was shorter–maybe it’s better that the Caps get more time to re-group for next season.

Because of Covid, the Canadian teams played in their own division. because there were already Covid outbreaks within the teams, and, if the NHL had teams going back and forth from different states and different countries, they would be exposing people and transferring the virus more than it already has. It was a good and smart idea to keep the teams as “local” as they could and only travel to neighboring states. I don’t think the regular season should have been cut short and started later, but I know it had to so the future seasons can get back to normal and so the players don’t get overworked. 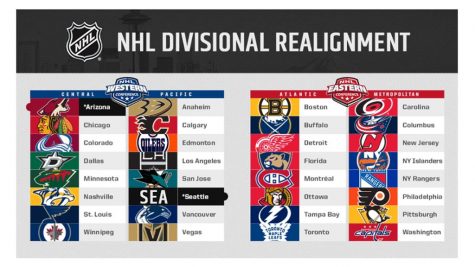 The Stanley Cup playoffs are a really big deal and have been around since 1893, back when the “original six” were the only teams that played. The “original six” included the Chicago Blackhawks, Detroit Red Wings, New York Rangers, Boston Bruins, Montreal Canadians, and the Toronto Maple Leafs.

The teams in the playoffs as of May 27 are the Boston Bruins, the New York Islanders, the Tampa Bay Lightning, the Carolina Hurricanes, the Montreal Canadians, Colorado Avalanche, Las Vegas Golden Knights, and the Winnipeg Jets.
“Well the playoffs should be super entertaining with lots of fights and lots of hits as always. I’d say Carolina, Tampa [Bay], [Las] Vegas, and Washington would all have the best shot at the cup. But it’s definitely gonna be different this year without the bubble as covid will play a factor,” said Capitals Update in an Instagram message on May 8.
The Capitals are out, but the other three teams are still strong.

The Avalanche won again Vegas on June 2.  They stand at 2 – 0 against Vegas.  Burakovsky didn’t score, but he had some shots on goal.  Everyone is watching Mikko Rantanen, a native of Finland, who played 25 minutes in the most recent game, and his ice time keep rising.

The Avalanche will against Vegas again on June 4 at 10 p.m. Eastern time.  I’ll be staying up late to see them. When they take the Stanley Cup, and they were close last season, losing in the semifinals in a game 7 overtime, I may need to trade in my Caps jersey.