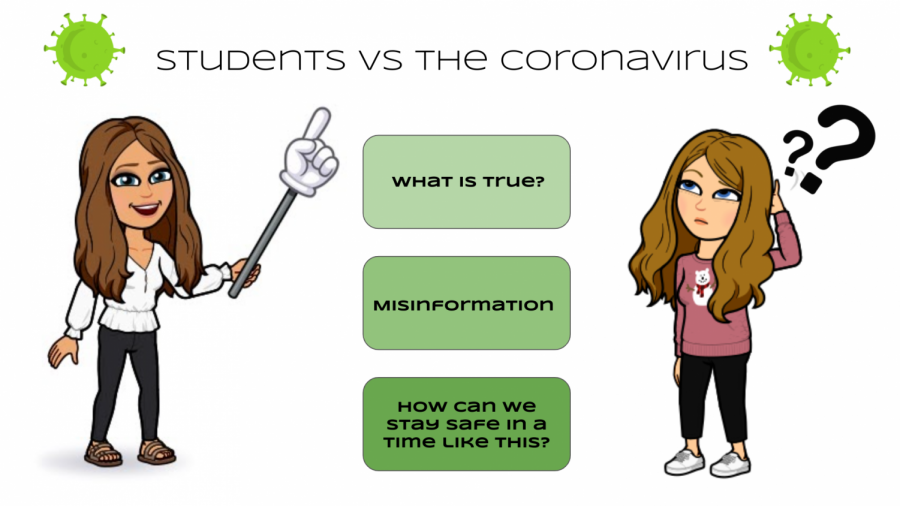 Students talk with infectious disease and coronavirus expert Dr. James Lawler on the facts and fiction of coronavirus.

by Madeline Hull and Caroline Hobson

When the deadly spread of a virus comes to mind, many think of nursing homes, hospitals, and people over the age of 70 being the ones responsible for the recent spikes in cases. But what if experts and new case studies told you it was young people (aged 16-24) who are guilty of the spread?

New studies are finding that teens and young adults are more likely to socialize, spend time with friends, and attend large parties with crowds. This summer alone the country saw a record-high spike in cases among 16-24-year-olds, and these numbers have surged again.

Students and young adults were reassured in the beginning months of the pandemic that their demographic were least likely to develop lifelong issues and potentially die from covid, giving many a false immunity state of mind, which, in turn, puts the community in danger.

This has just created more issues for people who are actually at risk. Say you, a 17-year-old, attends a party with a huge crowd of people, and you contract covid. It’s no big deal to you, but to your grandparents, immunocompromised sister, and diabetic mother it is a life or death situation.

These facts and myths have been circulating, leading many teens to believe incorrect theories about what is safe and what is not. Dr. James Lawler, a board-certified infectious disease doctor, is helping young people across the country understand the importance of staying safe during the pandemic.

It is more than just washing your hands and wearing a mask. He is helping young people determine facts from fiction and helping prevent the spread of, not only the virus, but also the huge wave of misinformation that comes with it.

As Executive Director of International Programs and Innovation at the Global Center for Health Security and the director of clinical and biodefense research at the National Sertuguis Research Institute In Nebraska, Dr. Lawler has spent a lifetime leading teams of researchers.

For the past 10 months, his sole focus has been on Covid-19.

Dr. Lawler spent a career in the Navy as a commander and clinical biodefense researcher at the Naval Medical Research Center in Fort Detrick. He served on two different White House assignments as Homeland Security consul and on the national security council where he worked on biodefense, and pandemic response, and health preparedness. He then retired and moved from Maryland to Nebraska to take on new roles both in and out of the medical field.

He has been involved with Ebola patients in Africa. At the beginning of this current pandemic, he was instrumental in working with the first American passengers on the first cruise ship to have a major outbreak on board.

The last time the world faced anything like this strain of coronavirus was in 1918 at the end of World War I. A pandemic of Spanish influenza swept around the world, historians and scientists estimate that about one-third of the world’s population became infected with the virus. The number of deaths was estimated to be at least 50 million worldwide, with about 675,000 occurring in the United States.

Worldwide, with an estimated 72.6 million cases and 1.62 million deaths,  means the world could see a 45.2 percent increase in cases from the Spanish Influenza.