We’re Back! Band and poms return for short season 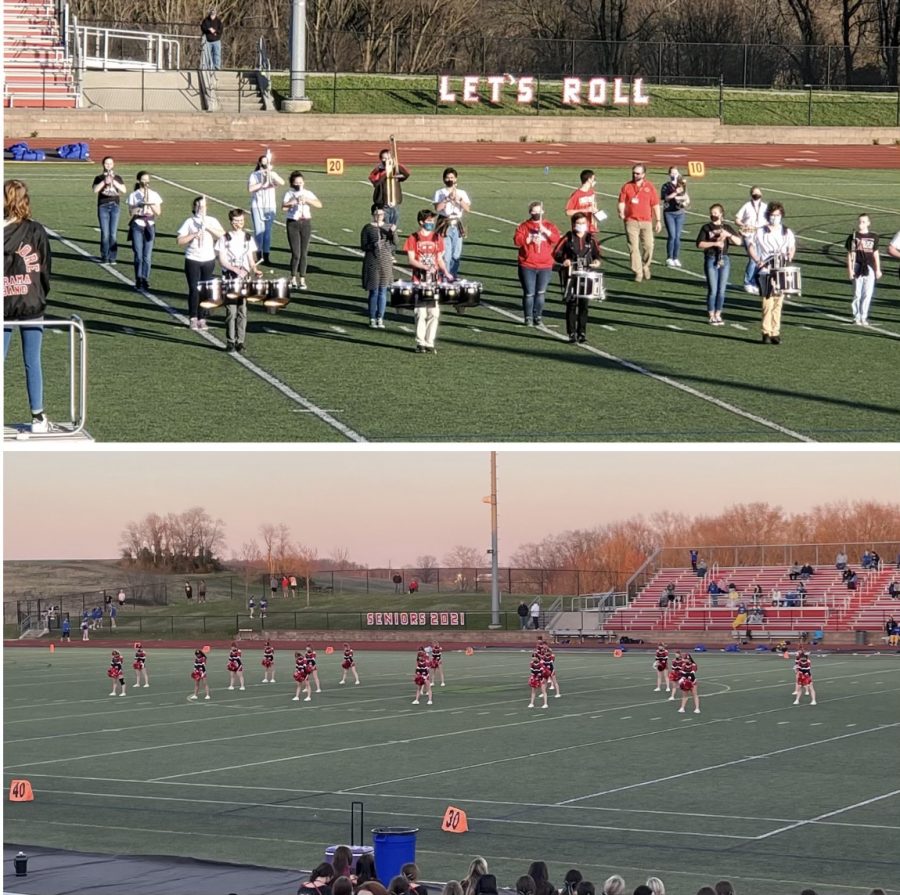 Poms has entered the field and is beginning to start their halftime dance. The Marching Band gets their time to shine and play the national anthem.

The smell of fresh salty pretzels, hearing students yell with pride at the top of their lungs and the feeling of unity is a part of what makes “Friday Night Lights” so special. But what is missing is the band playing the music after touchdowns and the poms dance during halftime.

These two groups performing turn a regular game into a Lancer memory.

Before Covid restrictions were lifted, there wasn’t enough room in the audience for the poms and marching band to have tickets. The participants of these activities were devastated.

Captain of the poms team, Ashley Nash, said, “The hardest part about the season being cut is that we had already started to prepare. We had been creating choreography and teaching the team. Everyone was so excited to dance.

Once restrictions were eased, both teams could perform.