March Women’s History Month: Who is your #shero 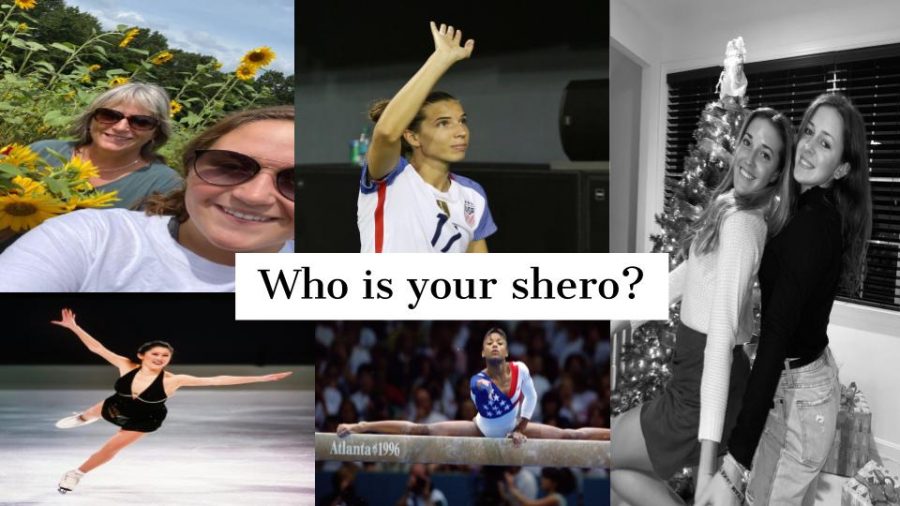 Women's History Month leads to celebrate all the amazing sheros.

by Sammie Hoefs, Editor-in-Chief
The short URL of the present article is: https://lhslance.org/1hkel

Who are the women who inspire us?

Who are your role models?

“Tobin Heath because she was worked hard towards her goal of becoming a professional athlete, considering she practicied with all guys until a certain age. Her injuries haven’t stopped her either, which inspires me as an athlete who just got injured,” said freshman, Georgia Sible; who plays on the girls’ soccer team.

Heath is a part of the women’s soccer national team. She has battled many injuries and still continues to be one of the best players to be a part of the program.

“I look up to my cousin, Chelsea. She lost her son to congenital heart defect when he was only three months old. She was became an activist for heart disease and raises money for research. She even wrote a book about her experience. She then went back to school while pregnant with her second kid, and she is now pregnant with her third. I would do anything to be as strong as her,” said senior Skylar Stevenson.

“As a child I looked up to Olympic athletes Kristi Yamaguchi and Dominique Dawes because it wasn’t often you saw female athletes on television. Both of them have this elegance and grace about them that makes you want to be like them. Dominique Dawes went to my high school, so it is awesome to see her win an Olympic gold medal. I think each of them paved the way for women’s sports becoming more widely accepted,” said science teacher Jessica Baker.

Kristi Yamaguchi is an Olympic skater who was the first Asian American to bring home the gold. Dominique Dawes is a former USA gymnast who know owns her own gymnastics academy.

“My mom is easily the most influential female  I look up to. She has all the qualities that a successful mother, sister, caregiver, and friend should have. I hope to be half the person she is when I am older, because even then I will be pretty great,” said senior Jaylin Graziano.

“I look up to my sister because she continues to push herself and seeing all her hard work pay off inspires me to be like her,” said junior Gemma Davies.

“When I started teaching history over 30 years ago, our classroom textbook was titled “Men and Nations.” Today the title is “People and Nations” and it is a much more accurate telling of our collective story. We wouldn’t have gotten to this point without an effort to shed light on so much history that was left unincluded. Women’s History Month has played a key part in that process,” said history teacher Darren Hornbeck.

Hornbeck loves the topic of Women’s History Month and feels it is important to include more of this topic in his class.

“I first start by doing research and making sure my lessons are up to date and based on multiple sources that represent multiple perspectives that are aligned with the curriculum,” said Hornbeck. “The opportunity to learn more about the stories from our past that have often been overlooked. Learning about it makes our history so much richer,” he said.

Many honor societies, like Rho Kappa and National English Honor Society are acknowledging Women’s History month by encouraging students to participate in events to celebrate women in history.

Valerie Ducos, President of Rho Kappa, had many creative ways to learn about the importance of this month. Ducos created two independent educational activities for members. One was to create a Kahoot or Quizlet answering questions she compiled about Women’s History Month, and the other being to research, then create a short WeVideo, about an important women figure in history.

“I decided to incorporate Women’s History Month in Rho Kappa because being a honor society focused on social studies it was a great opportunity to create educational activities,” said Ducos.

Many key points that are displayed during this month should still be celebrated and fought for outside the month of March.

Members of the National English Honor Society and History Honor Society made WeVideos to celebrate amazing women in history. Below are the attached videos to learn about these amazing role models.