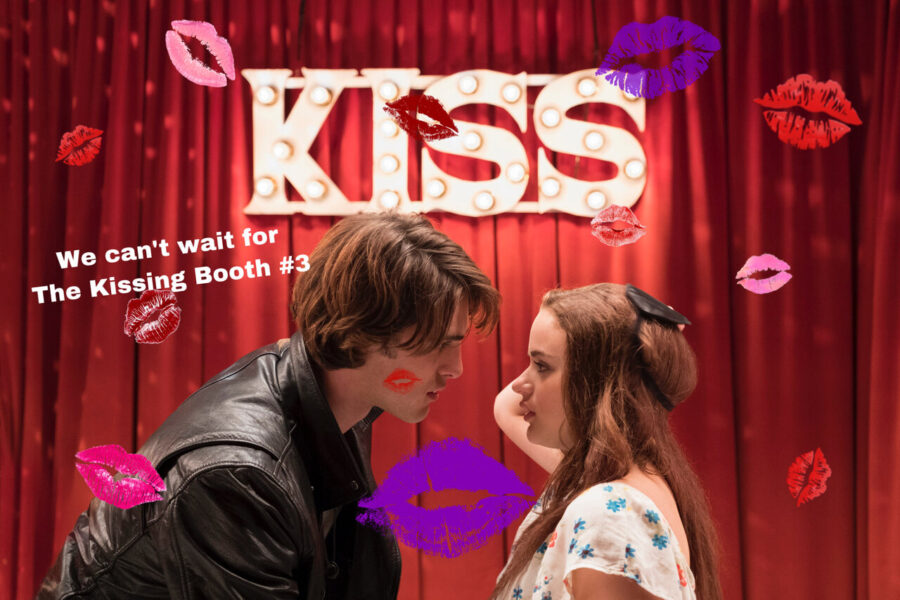 Even though it's full of germs, it's a great summer movie that everyone should watch.

Did anyone else find it  uncomfortable watching The Kissing Booth, the 2018 Netflix romance? After the pandemic, something about watching a bunch of teenagers kiss for so long and one after another seems gross.

So many germs and diseases can be transmitted when kissing, especially when kissing so many different people: cold sores,  fever, tooth decay, mononucleosi,, gum disease and so much more. They didn’t talk about THAT during that movie.

Netflix had a big hit with Kissing Booth 1 & 2, but are they taking it too far by making another one? Although the Kissing Booth is a fun romantic romp, there isn’t enough room to make a third movie fresh and interesting.  OK.  I admit, when they do release it, I am still going to watch the movie.

If you like 80s romances like Pretty in Pink, this movie is for you! Teen Pretty in Pink star, Molly Ringwald (@mollyringwald), actually plays Noah and Lee Flynn’s mother in The Kissing Booth. There is romance but also comedy, it is a little cheesy but it doesn’t take away from the emotions.

The Kissing Booth features many scenes that were inspired from other movies Molly Ringwald and the 80s “brad pack” were in. I really enjoyed watching it and making that connection to different movies, something about looking for these Easter eggs added a little something. You should watch it through and see how many you catch and then look them up to see if you missed any.

The plot is cliche, but I liked the movie. The two main characters are Elle Evans and Lee Flynn, best friends  since they were born, as they were born at the same time. Over time, they have established “rules” for being best friends.

For the school carnival, the two decided they would put together a kissing booth. The person at the stand would be blindfolded and anyone who wanted to kiss them was allowed if they paid $5. Obviously, this is not a “real world” idea–who would volunteer to do that?

Noah was the first person to go up and kiss Elle and, even though they weren’t supposed to take off their blindfolds, Elle felt such a connection and the kiss was so powerful that she had to, and after this kiss they started dating.

Elle can’t keep sneaking around and feels that she has to tell Lee.  What will happen to them? Watch The Kissing Booth to find out.

Although I thought The Kissing Booth was a good movie, there was just something about The Kissing Booth 2 that bothered me. I felt as if the characters were trying too hard. I think one movie was enough. Elle and Noah are still dating and he goes away to college, and on one of the visits that Elle takes to see him she finds something suspicious in his room that makes her think he is cheating. She realizes that he has been acting differently and a little distant, but she doesn’t know what to make of it. While he’s away, Elle has been spending more time with Lee because they are best friends, but since Lee has a girlfriend, Rachel, she doesn’t appreciate Elle being around so much.

Is Noah really cheating? How will Elle confront him about it? Will Lee’s jealous girlfriend break up with him? To find out, watch the Kissing Booth 2.

Although Kissing Booth 1 & 2 were big hits, I’m wondering if there is really room for a third  and will it blow up like the first two? I guess we’ll see later this year in August, watch 1 & 2 over the summer to see the third and find out what happens next.