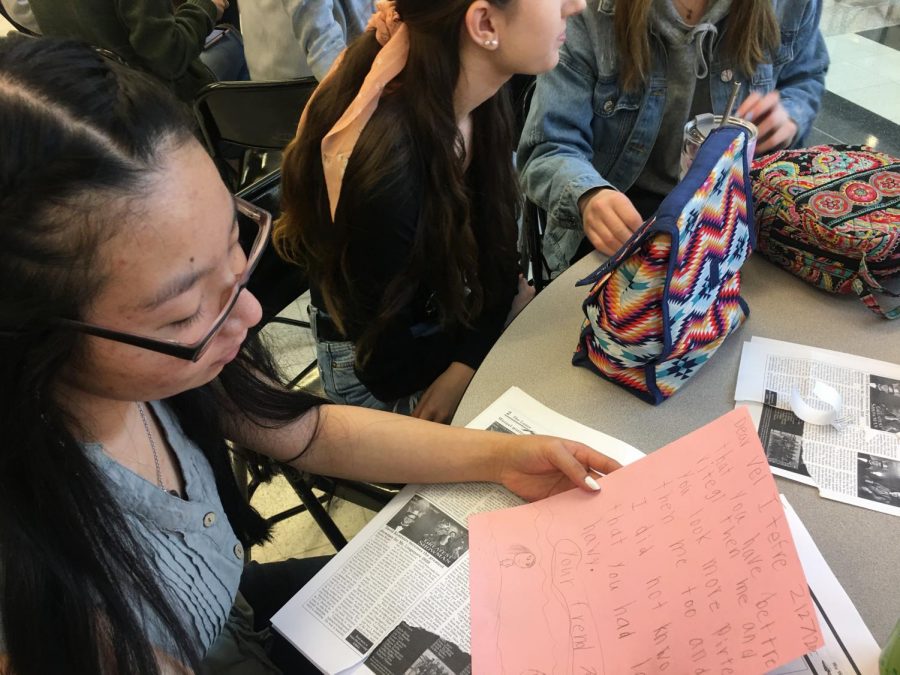 For the past month and a half, the honor society members have been writing letters to their six-year-old pen pals about topics ranging from favorite activities to Valentine’s Day letters.

Junior Sammie Hoefs said “The connections you can make are awesome. You learn and grow from them even if you think you aren’t.” Hoefs believes that it’s important to build that bond and connection in order for kids to know that they have a mentor. “I’m excited to meet him. I’ve gotten to know him a little bit, and meeting him will remind me of my younger self.”

“Dear Maya, My name is T_ _ _ I am six years old!”  Pen pal T_ _ _  continued on numerous letters asking questions about family, favorite things, and hobbies. T_ _ _never forgets to emphasize his love for the pictures that his pen pal draws on his letters for him to color in and always signs “Your frand, T_ _ _.” (“Your friend, T_ _ _ ”)

The purpose of these pen pal letters are not only to teach and understand how to write letters but to build relationships through the practice of writing from all different ages, cultures, races, and interests.

Junior Tabitha Moses has a pen pal named A_ _ _. “A cute thing that I’ve noticed is, in the first letter I wrote her, I ended it with “this letter is getting too long.” And now, in every letter, she writes that as well.”

Moses emphasized the importance of hearing from a younger generation’s perspective.