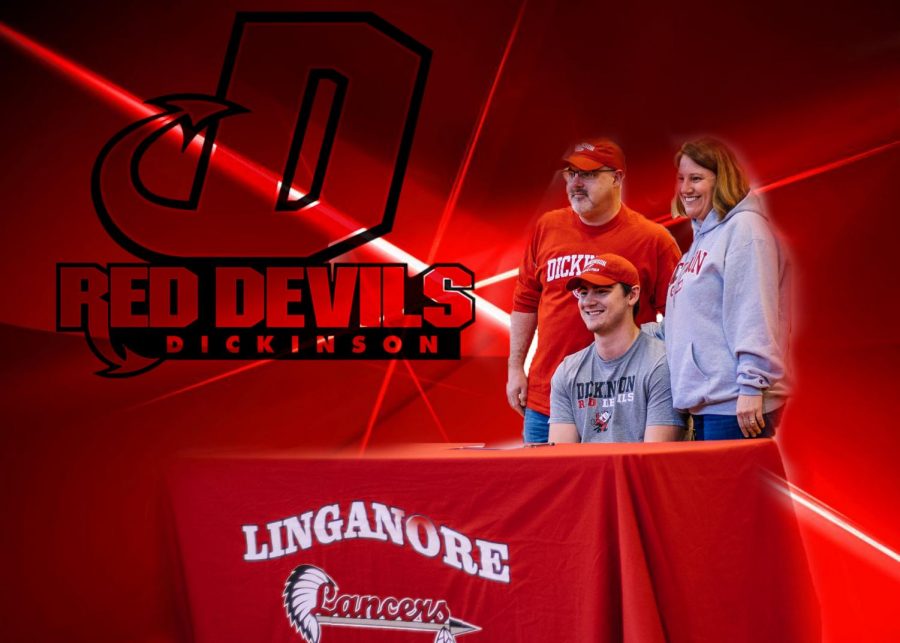 Ethan Hart is a varsity track and field athlete and has signed to continue his athletic career at Dickinson College in Carlisle, PA. Hart is outstanding, both on the field and in the classroom. He is a team captain for indoor track and field and finished first in the region (2020) and third in the state (2019). He is also the second best thrower in LHS history, but he’s looking to take the first spot.

In regional competition on February 6, Hart won the shot put event with 47.10, which is at least 4 feet shy of his best throw.  He qualified for state competition where he has a good chance of taking first place.

Throwing wasn’t Hart’s first choice.  He played one year on JV basketball.  He only started throwing in his sophomore year where he struggled early on. He participates in spring track and field, extending his skills to discus.

“For me, their track program is absolutely outstanding. I love their facilities. Their academics are absolutely insane: you have to be a really intelligent person to get in there,” said Hart.

Hart is extremely excited to spend the next four years with his best friend Graeson Ruch, who also signed to Dickinson College.

“It’s gonna be one of the best opportunities I’ve ever had,” said Hart. He plans to major in communications and has been an Editor-in-Chief for Lancer Media.  This year, two of his stories won national recognition on the Student Newspapers Online.  He also led the class to its fifth “Best of SNO Distinguished Site” award.

Hart is one of eight student athletes at Linganore to sign their National Letters of Intent this spring.