Academic team prepares for final competition: Photo of the Day 2/19/20 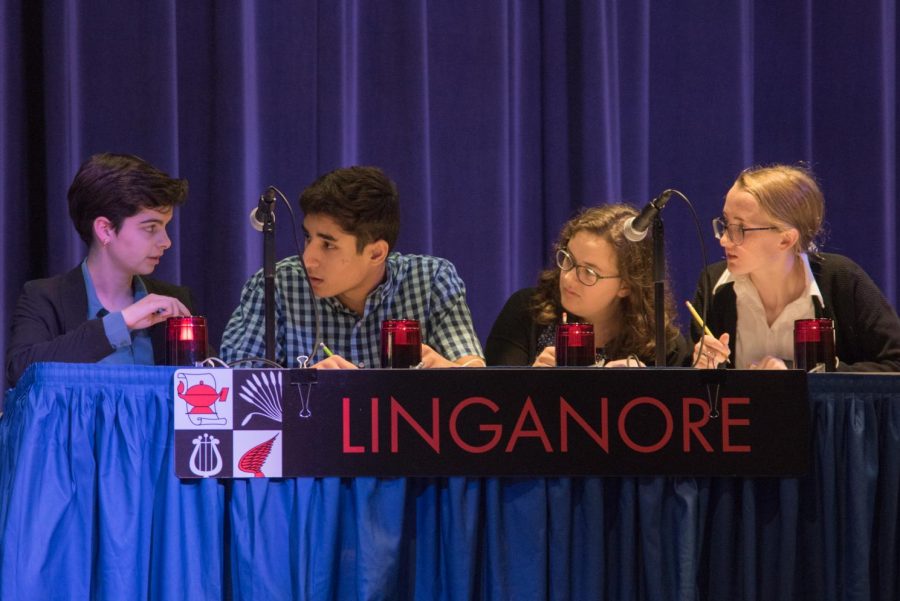 In 1927, Charles Lindbergh made the first nonstop solo transatlantic flight from New York City to Paris, what was the name of his plane?

In 1925, Richard G Drew invented Scotch Tape when working for what company?

If you answered The Spirit of St. Louis, Chicago and Los Angeles, and 3M, you should be on the academic team.

The first round matches them against Brunswick, the team they are tied with, and still to be determined on either Catoctin or Tuscarora. The match will start at 6:00 p.m. and will last for about 30 minutes.

If they have time at the end, they would compete again against the winners of the second and third matches.

The championship announced category round featured questions concerning the 1920s, a century in the past. The season began in January, and matches included themes such as Star Wars, Shakespeare, Geography of Islam, Halls of Fame, and Music of the 1990s.

Brunswick High School won the championship in 2017 and again in 2019. They’re now at the top of the rankings with Frederick High School.

Leading up to the championship, the rankings from first to tenth place are: Frederick, Brunswick, Walkersville, Linganore, Urbana, Middletown, Gov. Thomas Johnson, Oakdale, Tuscarora and Catoctin.

For the five seniors, this is their last opportunity for them to show their knowledge. They include Dana Kullgren, Ashley Perise, Gerald Fattah, Abbey Parker, and Zach Hudson.

Come out and support the Academic Team!