TikTok: Wasting time, has little to offer but distraction. 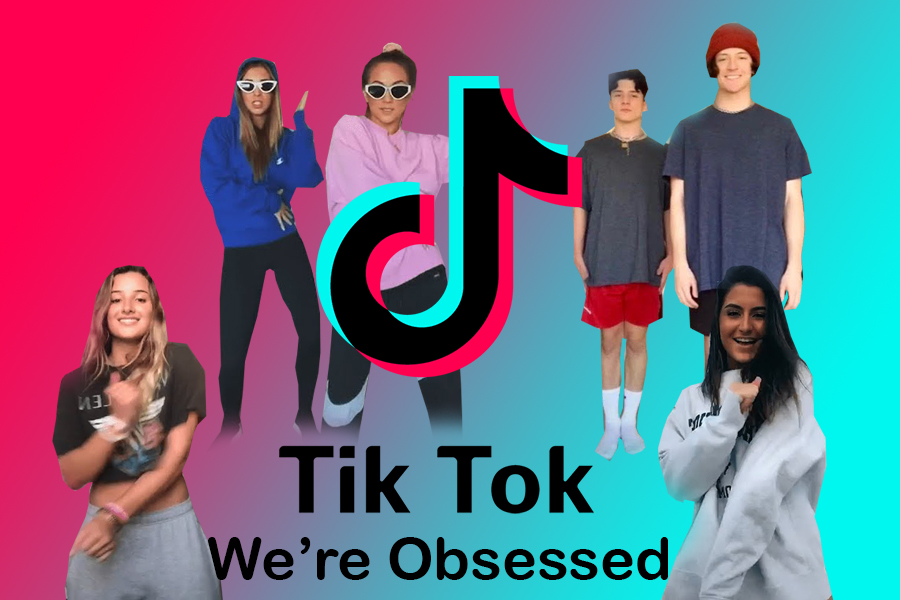 by Delaney Cabe and Aaron Eng

TikTok was declared the fastest growing social media in 2018. There is no doubt that the app has grown much more in the past few years with over 500 million users.

“With the simplicity of a scrolling finger you can laugh, cry and be inspired to reach past your comfort zone into a world of imagination. Like it or not, young adults are greatly concerned with the acceptance of others. TikTok belongs to those of us who find great comfort in the validation that others out there are just as funny, dark or as weird as we are. If you see something you don’t particularly care for, scroll on. Your weird is out there,” said Melissa Ashton, a proud user and supporter of TikTok.

A few people who have developed their familiarity with the world from this app is Charli D’Amelio, Josh Richards, and Loren Gray. The reason for most of their internet growth is for their appearance or if they have a talent. Charli D’Amelio originally got her fame from her dancing and how talented she was at dancing. TikTok stars have had their fame grow from TikTok to other platforms such as Snapchat or YouTube.

TikTok is a useful app when you have a lot of time to waste and nothing else to do. The app provides enjoyable content that can make a boring moment worth wild. Some of the content can include educational facts as well.

Though, the addicting app has gotten out of hand. From children to full grown adults have spent multiple hours to days a week on TikTok. TikTok has wasted a lot of time for many people that could be doing a variety of other things such as cleaning, self care, or shopping. If you are busy and should be getting work done: it is no help and there is no need for someone to use it. Do not spend hours on the social media app because it’ll get too addicting and distracting. If the app does get too addicting or distracting, you’ll start to prioritize the time taken on the app instead of other objectives that are more important.

Some teenagers are blowing off homework and chores in order to spend more time on TikTok. The kids who are starting to become addicted or are addicted to the app, has a great impact on the parental guardians as well. The unworthy effort coming from the kids are impacting their guardians because it influences more arguments and distractions from doing chores around the house.

“TikTok is a waste of time. Students make those silly videos during my class and it impacts their grade because they aren’t working,” said Patrick Greene, technology teacher.

TikTok is a newer app that was once associated with the name of, “Musical.ly.” It became TikTok in September of 2016. “Musical.ly” was a lip syncing app that soon evolved into much more from the buying of the company, ByteDance which is a Chinese company. Despite just lip syncing, people are intrigued by dancing as well as lip syncing, skits and acting.

TikTok has what a viewer likes and shows viewers of all ages more of what they like by using an algorithm that calculates what a viewer is most likely to become more interested in based on their prior viewings of the app.  For the people who are much younger than required (12+) to have TikTok, there are safe options such as creating a private account, turning off location settings and not being allowed to get direct messages from people whom are not friends. Those are popular privacy choices from older users as well who aren’t fond of social media having their location and unwanted information.

People argue that TikTok is an unsafe app. A few countries such as India have banned TikTok because the social media promote child pornography. Politicians have started to become concerned with the app years because of the possible government risks it can place. One of the risks is that the data being collected from TikTok is being transferred from the United States to China. If you post a video anywhere and your account happens to be public: your face is out there for everyone to see and the government now has facial resignation of who you are.

TikTok is not an awful app, but be aware of the dangers it may place upon you and always have supervision of what you post, prior to posting it.