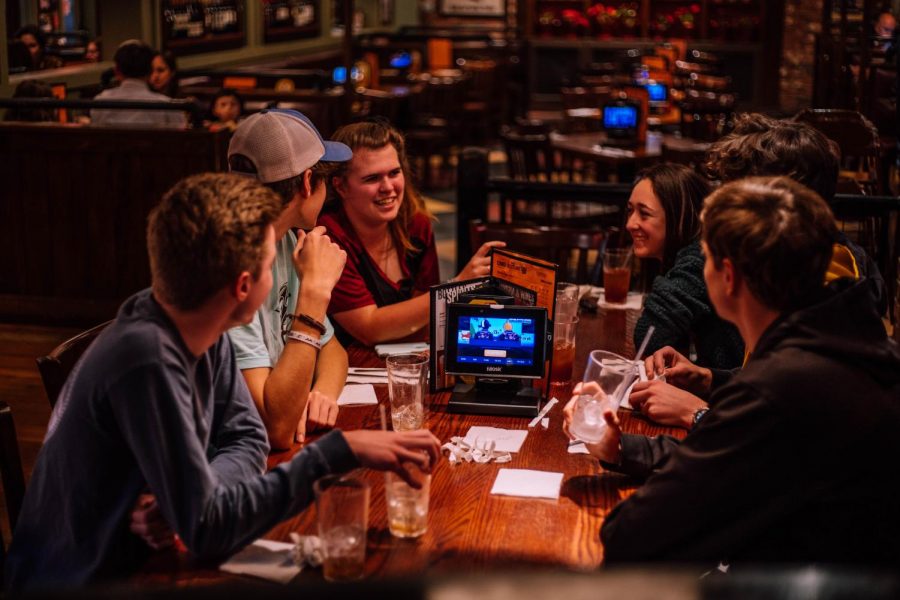 A group of students socialize at a table during UNOs Night

I’m On February 18th,  Mr. Linganore contestants represented themselves at the Uno’s restaurant in Frederick. The “dough raiser” contributes funds to the Academic awards program.

On February 27 a second Uno’s night will be held.

Supporters of the Mr. Linganore competition had the opportunity to vote for which contestant they wanted to win. These tallies were coordinated by Jeremy Brown and Natalie Rebetsky.

“Mr. Linganore is such an amazing and beneficial event. Ever since freshman year I have been in love with this annual tradition, and I’m so grateful to be a part of it this year.” said Jacob Blue.