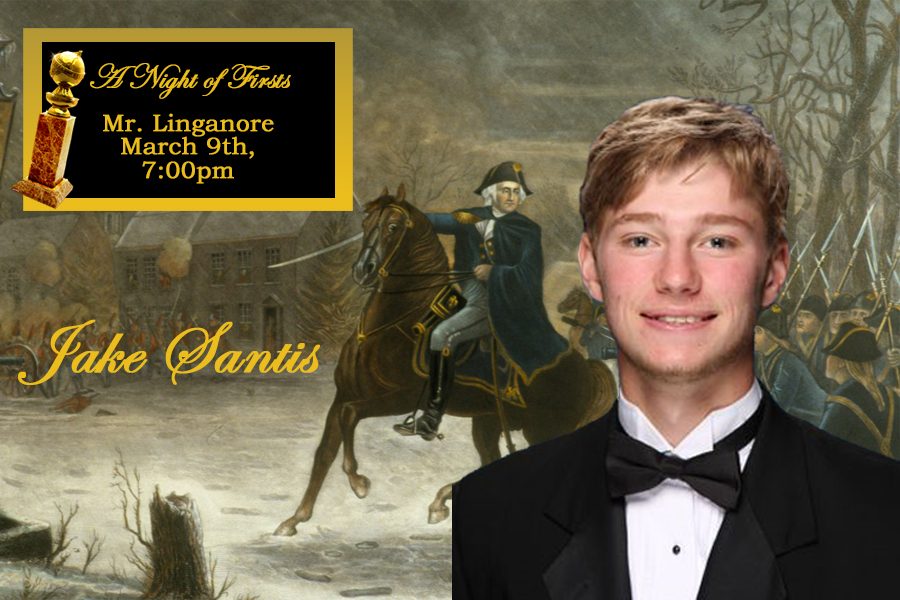 On March 9, twelve of Linganore’s finest will compete for the top spot of Mr. Linganore.

Jake Santis will be portraying George Washington. Santis said he chose the Founding Father because he was the first president and thinks that playing a role like that will give his character an edge over his fellow classmates.

Santis plans to attend Grove City College to major in Religious and Biblical studies and plans to minor in secondary math.

Santis said he has seen both Mr. Linganore and Mr. Urbana. He believes this gives him a leg up on his competition because he knows how crowds react to different acts and talents.  His favorite aspect of Mr. Linganore would be the creativity of getting to choose how he wants to perform.

Although Santis is very excited for the competition, he’s more excited for when it’s over. “This has been a blast, but very stressful,” said Santis.

He is a multi-sport athlete–on the varsity football, baseball and indoor track teams. He enjoys competing and hopes his love for competition will assist him on stage.

Coach Conner, Linganore’s varsity football coach said, “Jake can do anything he puts his mind to because of the person he is. I genuinely believe that Jake is one of the nicest students at this school.”

Senior Emily Wolfe will be escorting Santis on stage and performing with him.

Wolfe said, “I’m really looking forward to the competition because Jake has been working on his talent for a while now. It should be perfect for the show.  Mr. Linganore also happens on my birthday, which is a great present.”