Barbagallo, Eklund and Kullgren appear in “It’s Academic” competition: Photo of the Day 5/8/19 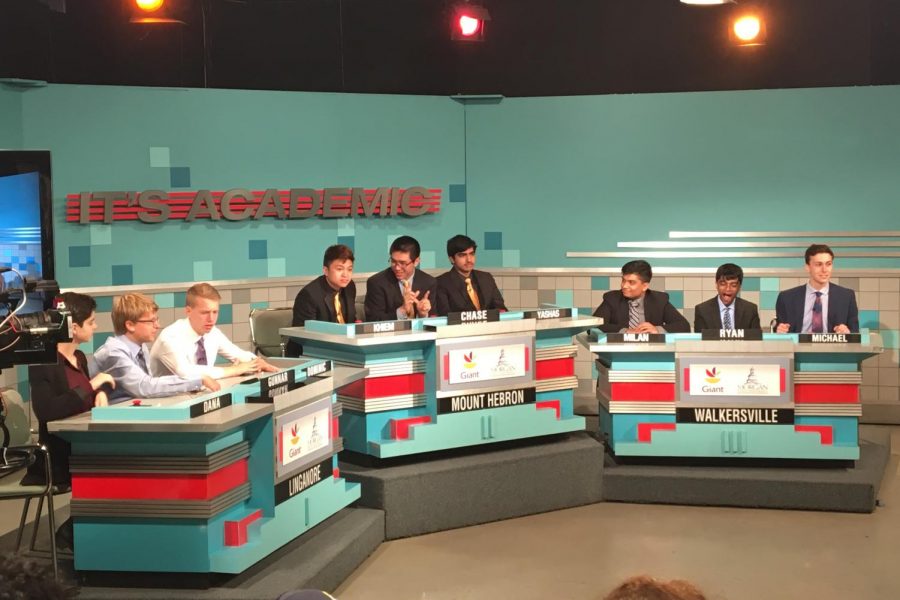 On April 27,  It’s Academic aired the pre-recorded episode with Linganore winning in the secound round of the year-long tournament.The world’s longest running tv quiz show features Maryland high schools competing against each other.  In this episode, Gunnar Eklund, Dana Kullgren, and Dominic Barbagallo represented LHS as they competed against teams from James M. Bennett and Towson.

The team taped the first round show in late summer, with first-time team member Gerald Fattah sitting in for Barbagallo. After they won, they were called in again in December to tape the second show.

Barbagallo, Kullgren and Eklund earned first place in the second round with a total of 535 point. The announced category was “Don’t be Late.”

The  regular competition season is over, but all of the current underclassman members are excited for next year. Preparation for these fierce competitions include twice weekly winter practices.

“My favorite part is when the scores are really close at the end, and everything rides on one final question to see who wins,” said Kullgren.

The team competed in the semi-finals on May 5. Eklund, Kullgren, and  Barbagallo went up against Walkersville and Mt. Hebron. That show will air on June 15.

For more information on the academic team talk to their coach, Christopher Hahn.