Percussion students practice for Solo and Ensemble: Photo of the Day 2/24/19 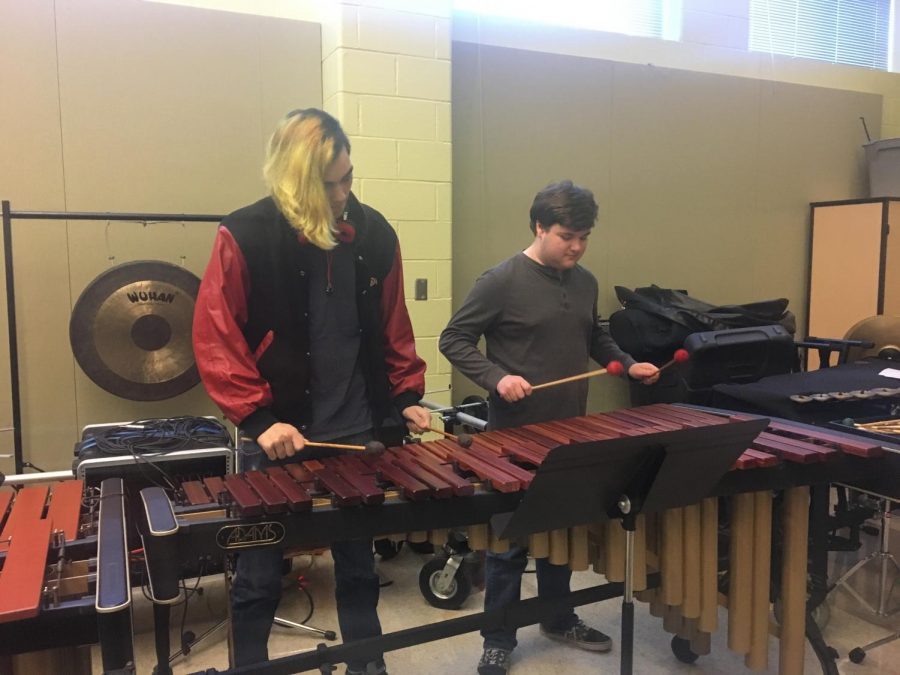 On February 19, Ricky Guariglia and Anthony Proper practiced for the Percussion Solo and Ensemble Festival.

Solo and Ensemble Festivals are true to their name. Band, orchestra, choir, and other performing arts students work by themselves or with a group to perform a challenging piece of music. Students volunteer and make a serious time commitment in order to participate; a small fee is also included. After learning and performing a song, students gain confidence and learn to challenge themselves.

After signing up for the festival, Guariglia and Proper practiced for several weeks the piece “One” by an unknown composer. The band director, Kevin Lloyd, selected the song for  the the two musicians based on his knowledge of their abilities. The song is upbeat with jazz undertones, and incites the listener to snap their fingers.

“I like the ending a lot because it takes a rhythm that’s shown up in most of the song and it changes it slightly to the ending; it just sounds really cool,” said Proper.

So far, Guariglia and Proper have faced multiple challenges. “We don’t have- I don’t know about Anthony- but I don’t assume he has a full marimba at home; I certainly don’t,” said Guariglia.

Guariglia is excited for the performance. The two plan to wear red polo shirts and khakis for their performance. “We are dressing up as Jake from State Farm,” he said.

The Percussion Solo and Ensemble Festival was cancelled due to snow. It had been rescheduled to March 7th.