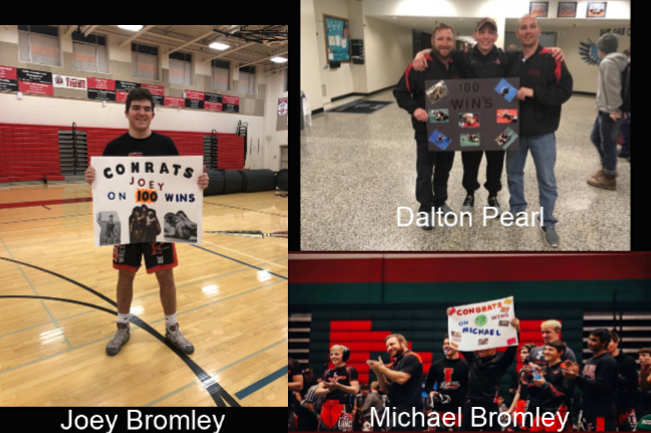 Dalton Pearl, Joey Bromley, Michael Bromley and Earl Blake are senior captains of the wrestling team. Two-time state champion Blake earned his 100th win in the 2017–2018 season, with the other three captains all breaking that milestone this year.

Although the high school wrestling team is what helped these three once they became freshmen, they all have had experience before entering high school. Pearl started wrestling at seven years old. His parents’ original goal was to just get him off the couch, but he soon fell in love with the sport. The Bromleys’ father, Mike, was a state champion wrestler at Damascus High School. He is the primary influence on Michael and Joey taking up the sport.

“My 100th win isn’t my end goal. It’s just another match to me. My real goal is to get my hand raised as a state champion in March,” said Pearl.

The wrestling team is undefeated in non-tournament dual team matches. They are the top team in the Maryland 3A West region and are on track for a state title. This is the first time that the wrestling team has beaten Urbana High School, reigning 4A state champions. The Lancers emerged victorious by one point and are now on their way to the regional semi-finals.