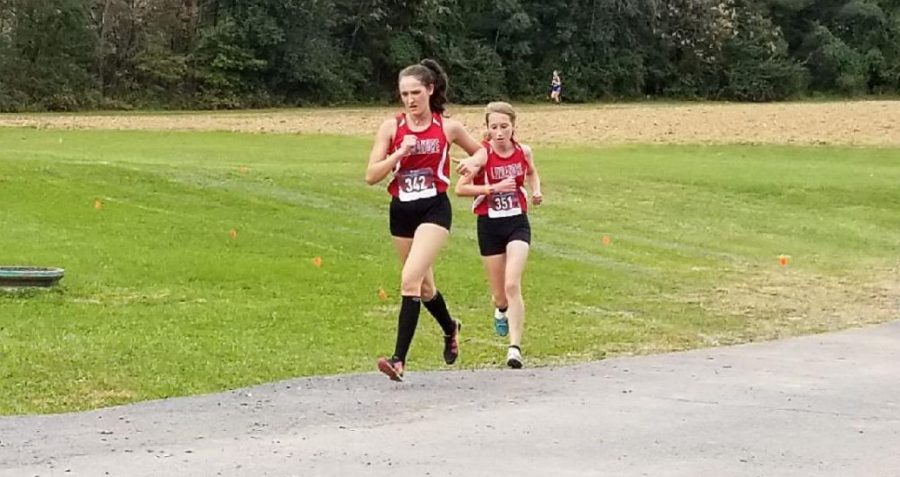 Julia Follis and Kelly Safsten run past the 2 mile marker.

On October 25, the cross country teams competed in the Frederick County Championships held at Governor Thomas Johnson High School. The 5K race was the second out of four championship races.

The girls team placed 4th and the boys team placed 2nd. The girls did well, having three of their seven varsity runners in the top 25. Khelsa Connolly, senior captain, came in 5th place overall with a personal record of 19:13. In addition to this, many of the girls achieved personal records for the season.

Girl’s head coach Steve Musselman said, “The team had a strong showing at this meet. Everyone bought into the training and supported each other. This is what cross country is all about.”

The boys team had six of their seven varsity runners in the top 25. Their top runners, Michael Belmaggio, Will Cioffi, and Carson Buck placed in the top 10, securing second place for the team.

“People ran personal bests, but we still have more to do. I think we are going to surprise some people,” said Musselman.

The Frederick County Championship race is the last race before regionals. At regionals, the teams will compete for a spot to qualify for states. Regionals will take place on Thursday, November 1 at Watkins Mill High School.