Linganore JV soccer downed 2-0 in a tough game against Oakdale: Photo of the Day 9/25/18 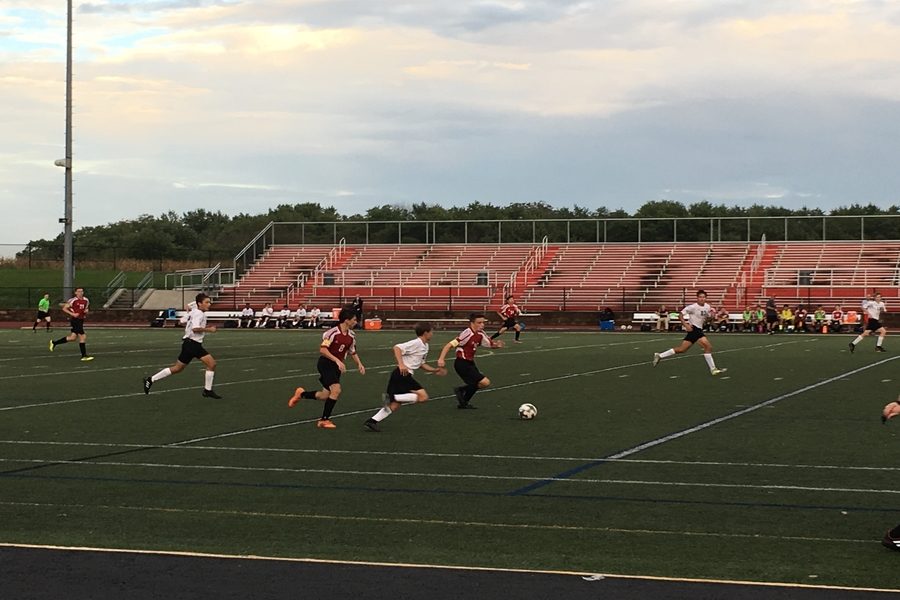 Adam Liston races down the sideline after a good pass from Oral Coleman.

On September 25, the JV boys soccer team lost the battle against the Oakdale Bears. JV came into the game with some fortitude, as they were coming off a 3-0 win streak. All three wins have been shutouts. JV was expecting a difficult match against the Bears.

The first half for JV wasn’t the best start. The Bears came out in the first three minutes and controlled the ball with ease. They were able to score and keep the ball on Linganore’s side of the field for most of the first half.

Captain Adam Liston said, “We started off slow in the first half, and we were only beating ourselves. There was a lack of intensity, which led to Oakdale’s control of possession for the majority of the half.”

Throughout the second half, the JV team was able to pick up the pace and improve their energy. The team gained better control of the ball and created multiple opportunities to score, including strong footwork with shots on goal by Kyle Wiegand, Jacob Fox, and Joe Pringle.

Liston said, “When the second half started, we greatly increased the intensity. I believe that we were the dominant team in the end. They were just able to finish, and we didn’t have that opportunity.”

Against the Lancer’s best effort and high intensity the Bears managed to score one last goal, ending the game with a score of 2-0.