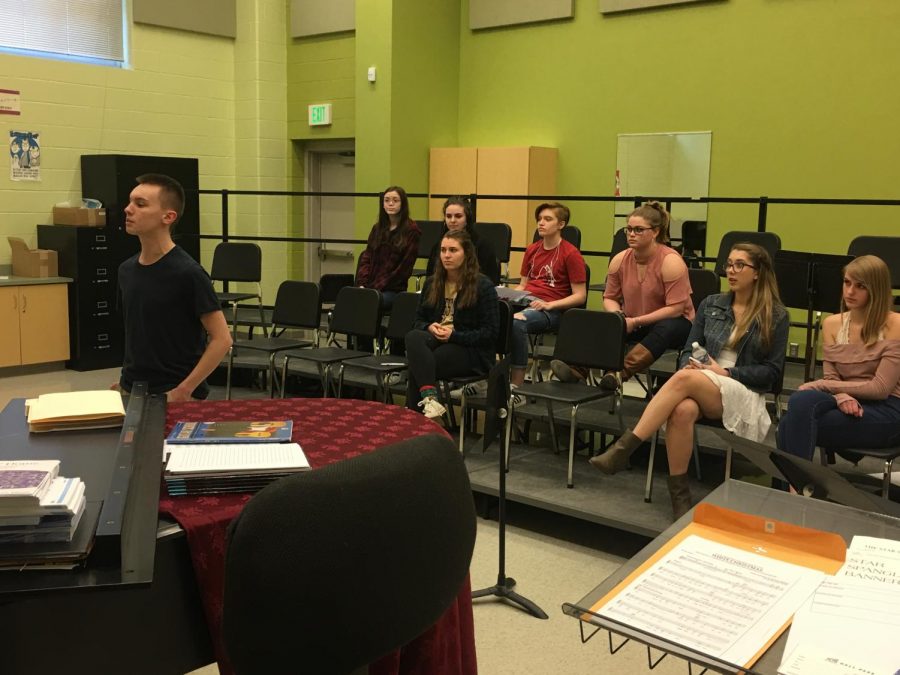 Jack Adams and his group work on the vocal audition.

On Tuesday January 23, auditions for the spring musical of Footloose began.

There are three days of auditions that help to determine who is best for each part. After the three days, Mrs. Angela Smithhisler and Mr. Damon Norko decided to have an additional callback day.

In total there were 41 people auditioning.

On day two, actors and actresses were separated into groups of 8 and given a number. Then, group by group, they went into the auditorium and read a short monologue of their choice.

Then on day two they warmed their vocal cords and when called in, they sang a song of their choice.

On the final day the students auditioned in dance. The hopeful participants went on stage and warmed up. They were taught some simple choreography. Then as each group was called to audition and danced.

Jack Adams says “I feel confident in my auditions, and out of all three days, I felt the most comfortable and confident in my acting. I wanted to audition for the musical because I have a lot of fun in the drama department.”