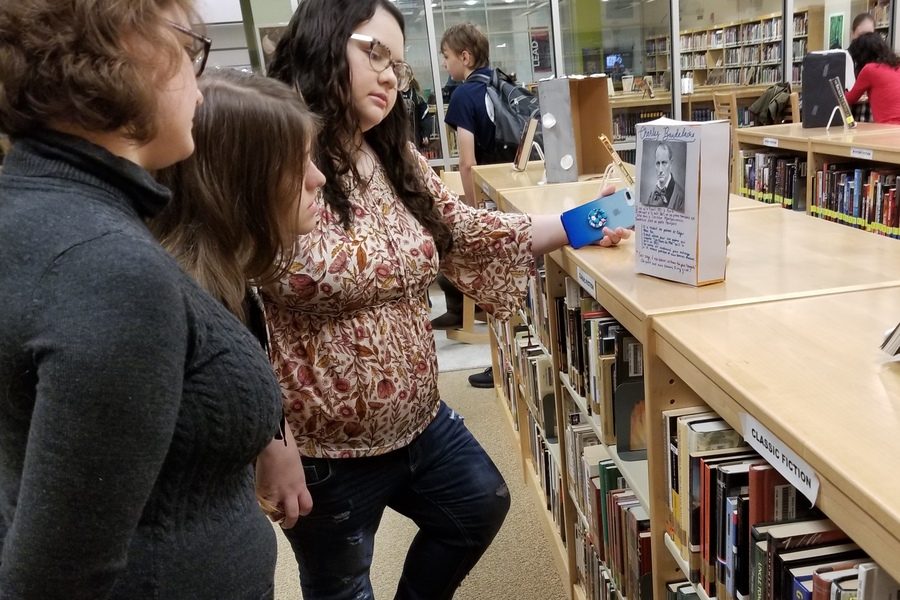 Students in the Learning Commons look at tombstones created by Blonder's French students.

On November 1, Mrs. Dragana Blonder’s French III and Advanced Studies French students gathered in the Learning Commons to learn about and celebrate a French tradition.

November 1 is La Toussaint (All Saints Day) in French culture. During this holiday, people participate in the tradition of honoring and remembering the deceased. While it is similar to the Spanish Dia de los Muertos (Day of the Dead), there are differences that Blonder and her French students discussed.

“In France, All Saints Day is an important holiday,” said Katie Galletti, a student in Blonder’s French III class. “They will even close their schools for it.”

Students learned that it is customary for people to travel to their local cemetery and decorate the graves of their family members with bouquets of chrysanthemums. In France, chrysanthemums are only given to the deceased; one would not give a bouquet of these flowers to someone living. This is one of the aspects of French culture that students learned about.

After learning about the cultural aspects of the holiday, the students put on their own celebration. After researching a deceased French celebrity, they created “tombstones” for whoever they researched. In the Learning Commons, they set up the graves and created a small cemetery, where they then engaged in the tradition of adorning the tombs with flowers.

“It was a really interesting experience,” said Galletti. “Visiting the graves of all the people who have passed and honoring them by placing our flowers really showed us the importance of this holiday.”