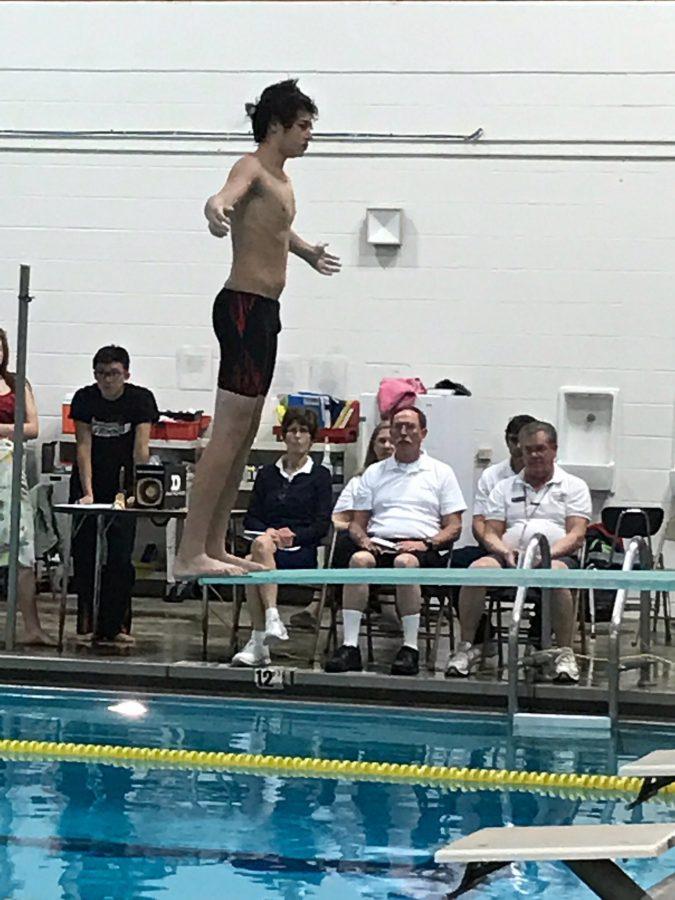 Clay Yingling, Class of 2018, prepares for his dive (January 9, against TJ High).

Though Linganore’s swim team is smaller than many of the teams from other schools, they are very passionate about what they do and work hard to succeed. The number of participants has grown from past years.

“I’m really enjoying it because it’s a sport no one really knows about,” said Mong-Kerwin. “Lots of people think it’s an individual sport but it’s really a team sport and your team is what makes it fun.”

The team’s season will officially end in late February. Their next meet is against Frederick High School, at Walkersville High School, on January 26th at 6:00 PM. This is senior night for the team. After that, the team will compete in the county, state, and regional championships.

“I came into this not really knowing how to swim or do that much in the pool, and the team really came together and helped me learn,” said Meghan Mong-Kerwin. “It’s just been a great experience for me.”